Boston dock was designed by WH Wheeler and work started on 2 May 1882. The first sod was cut (below) by the mayoress, Mrs John Simonds on 9 June of that year.
The first cargo (cotton seed for JC Simonds and Son) arrived from Alexandria in the 1,700-ton steamer "Myrtle" on 15 December 1884. 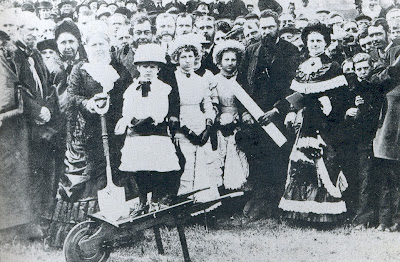 During its building (below) two mills known as the Gallows Mills had to be demolished. 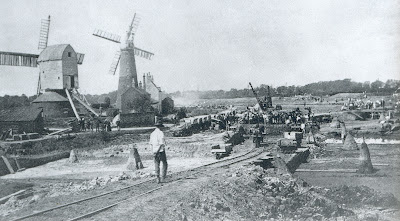 It is now in private hands but before, when the Corporation owned it, the public (picture below) were free to come and go as they pleased and many an afternoon we spent as boys looking at the ships and watching the various work going on before playing in the Old Park which was nearby. 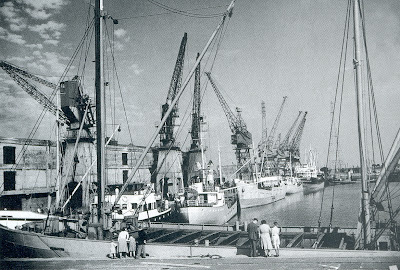 Below. Local firm E.T.Morris at work on the dock. 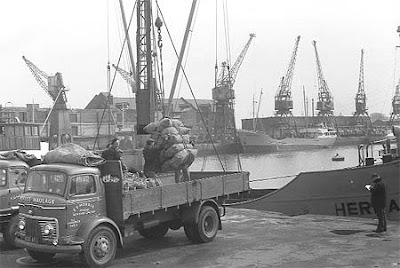