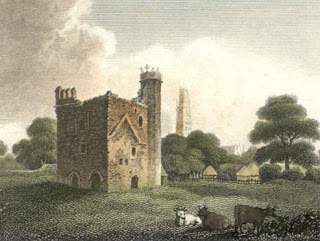 Hussey Tower in 1815.
Hussey Tower, a once impressive manorial home including a great hall, servants quarters, kitchens, stables and a large gatehouse dates from around 1450/60 and is one of the oldest brick buildings in Lincolnshire.
It was originally built for Richard Benyington, collector of customs and excise in Boston which was a very important port at that time.
The tower was constructed entirely of hand made red brick produced using local clay.
Lord Hussey gave the tower its current name as he was resident in the manor house in the 16th century. He was executed by Henry VIII for treason in 1536, and the tower later passed into the ownership of Boston Corporation. 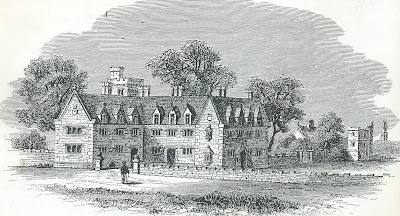 Hussey Hall with Hussey Tower and the Stump to the right.
Posted by Billy at 11:39 am