Prior to the Municipal Corporations Act of 1835, towns were guarded (more or less) during the day by constables and at night by watchmen. At Boston a watch house stood at one end of the old Town bridge (see below) which was demolished in 1913 and, according to an old diary, the watchmen were called ‘Charlies’ who in the winter wore ‘three decker’ topcoats, and carried big rattles and lanterns lit by tallow candles. 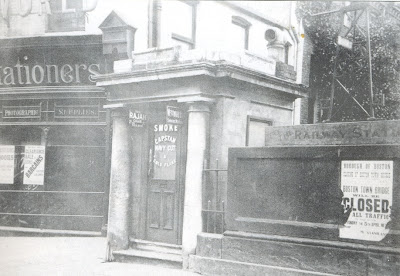 The watch house that stood on the old Town Bridge.
Boston had its fair share of young men who, with the absence of a modern Police Force, delighted in playing pranks under cover of the night and here are two examples.
On one occasion a ball was being held in the rooms above the old Butter Market (below) and a certain Miss Tunnard who lived in Wide Bargate was to attend. 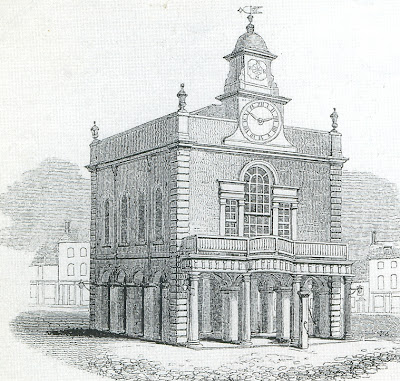 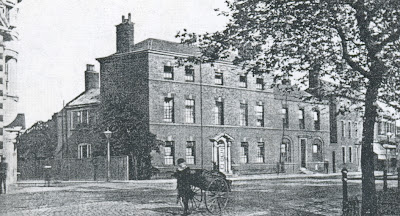 The house in Wide Bargate where Miss Tunnard lived.
She ordered a sedan chair and when the bearers arrived they were invited indoors out of the frost and snow. After a short interval the lady appeared, and the bearers, having refreshed, were prepared to resume their duty but to their amazement the sedan chair had disappeared! A search was made in vain, and the lady missed the ball. The chair was not discovered for many days until it was seen in a pond of the adjoining paddock (now the Central Park) where it had been thrown by the ‘Jokers’ and become covered with ice and snow.
But the best ever prank must be the following. A waggon laden with wool arrived opposite the Red House in the Market Place too late for delivery, and the horses were taken out and the vehicle left there for the night. Then the pranksters came along and saw their opportunity, the waggon was unloaded and taken to pieces, and both vehicle and wool were then carried through the narrow passage to Crown Courtyard, and there re-erected and re-loaded in the courtyard. Next morning when the waggoner and the residents of the locality found the waggon and its load standing in the back court they declared it was the work of the devil.

The brick building on the left below was known as the Red House and the passageway on the extreme left is the narrow passage that the dismantled waggon was taken down to be re-assembled in the courtyard at the bottom. 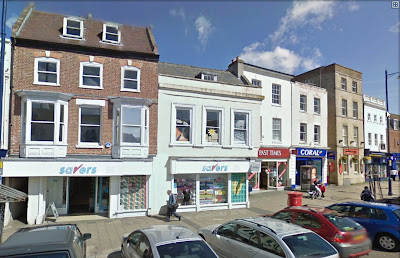