J Carr and Son is an old business in Boston. It was founded in 1909 by Joseph Carr and started life at 70 Bargate End as a small ironmongers. 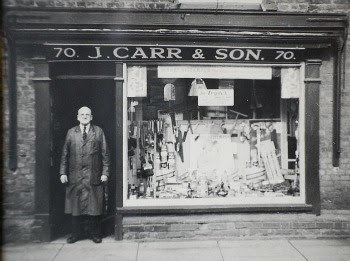 Once established, the shop prospered and neighbouring properties were purchased to enlarge the premises. Joseph was a cabinet maker and joiner by profession and was able to use his skills to diversify into undertaking, picture framing, glazing (including motor vehicles) and coach building. The 1960’s saw the acquisition of new properties round the corner at 10 and 11 Horncastle Road, Boston. 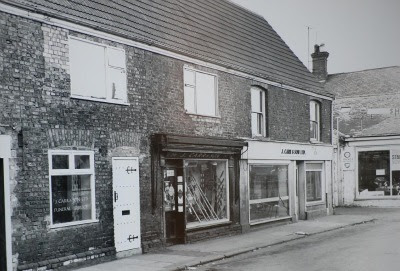 Carr's in the 1970's.
Lawnmower sales took off and was soon backed up servicing ,spares and sharpening being offered. Growth in this area lead to the re-development of the Horncastle Road site.
Increased competition from D.I.Y. superstores began to effect the tool and ironmongery shop and business became much harder. The mower shop faired much better, going from strength to strength and Carr's continues trading in Boston to this day. 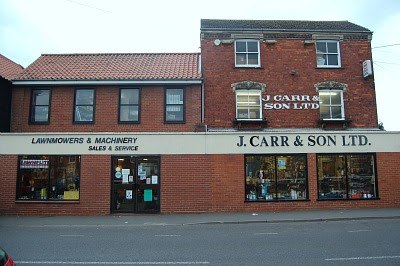 The Horncastle Road site.
Posted by Billy at 7:53 pm