In July 1933 the shops of Messrs. Mason’s and Mr. S.T. Hopper were set back ten feet from the then building line. 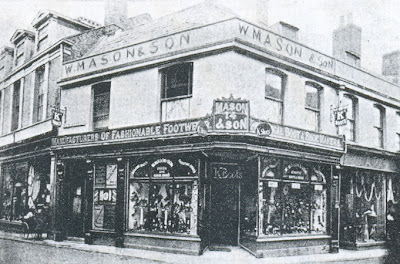 Above and below: The corner before the change. 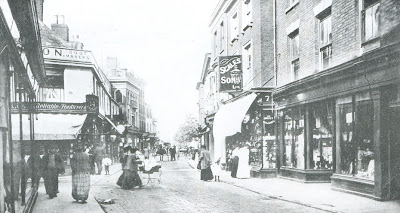 An empty shop between the two was absorbed and, in consequence, Mason’s increased its floor space by one third and Hopper’s also had an increase, as well as this both were given an extra floor to provide extra accommodation. 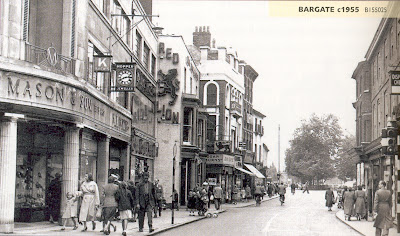 After the changes.
Mason’s shoe shop was started in 1884, but prior to that the business was conducted in Church Street.
Mr. Hopper said that he was hoping to make the first floor showrooms and have workrooms above.
It was hoped at the time that it would result in a much improved corner, wider thoroughfare at this point and an impressive new frontage.
When the Red Lion was demolished and a new Woolworths store was built in its place it was also put in line with Mason's and Hoppers as this 1980's picture below shows. 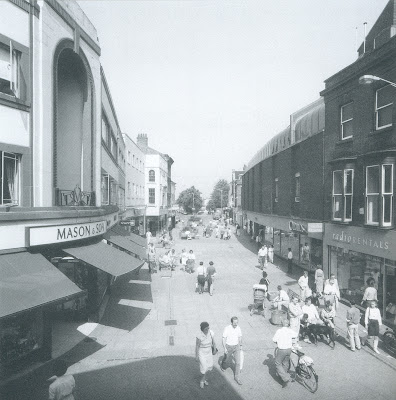