In September 1958 work began on demolishing the White Horse pub in West Street to make way for a new department store to be built on the corner of West Street and Emery Lane by H.E. Keightley the drapers and furnishers. 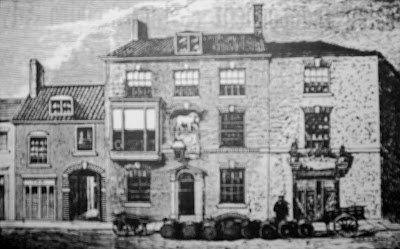 The White Horse, on the corner of West Street and Emery Lane. 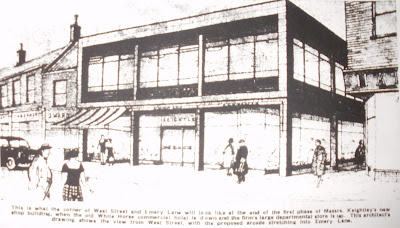 An artists impression of how the new store would look after the White Horse was demolished.
Keightley’s had another shop at the other end of Emery Lane called the “Civet Cat” which sold dress fabrics, haberdashery, handbags and leather goods but why was it called “Civet Cat” ? Even Mr. Cyril Keightley one of the firms directors wasn’t sure, he said, “I think there used to be a perfume shop there once and part of the animal civet cat was used as a base for some of the perfume, that’s as near as I can get”. The Civet Cat shop in 1899 (now Cash Generators)
No plans had been made for the fate of the model of a white horse which had decorated the front of the old hotel for so many years, but the architect Mr. Alan Meldrum believed that it would crumble away as the demolition workers reached it, I think eventually an unknown Boston lady retrieved it and it ended up as a feature in her garden*.
The Keightley’s store was eventually built on the White Horse site and it continued for many years, after it finally closed the shop was used by Grandways Supermarket for a while and is now Dunelm’s shop. 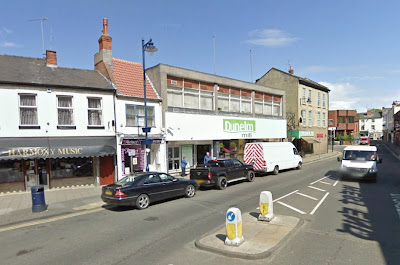