Some pubs claims to fame 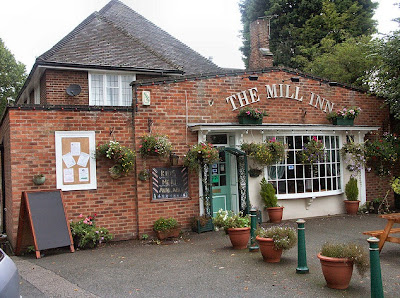 In October 1933 Johnny Cuthbert, the then light-weight boxing champion of England became licensee of the Mill Inn down Spilsby Road. Even then he was no stranger to Boston as he had spent many hours around the area fishing with his Father and manager Jack. He was a holder of the Lonsdale belt and said it would occupy a place of honour at the Mill. 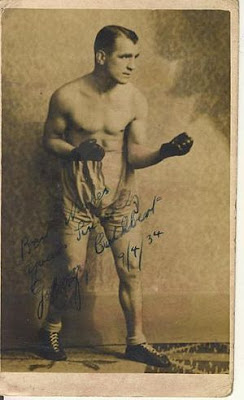 
THE THREE TUNS, MARKET PLACE.
In this house Oliver Cromwell slept the night before the battle of Winceby— at least so says tradition: we do not know whether it was a public-house at that time, but it was one in 1799, and had been so for many years, and known as the Three Tuns.

Above: The Three Tuns, Market Place, Boston.
Below: This Cafe is on the site of the Three Tuns. 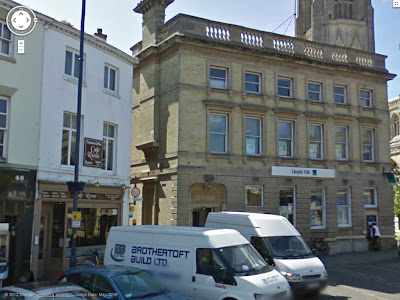 John Foxe was born on this site ( the present Stump and Candle pub) and after the Bible his "Book of Martyrs" was possibly the most widely read book in English during the reign of Elizabeth I. Those who could read learned the full details of the atrocities performed on the Protestant reformers during the previous reign, while the illiterate could  see from the simple illustrations the various instruments of torture such as the rack, the stocks and ultimately the flames. The book is in many ways a work of propaganda by Protestants against the pro-Catholic rule of Queen Mary (Bloody Mary), and against the Papacy in general. 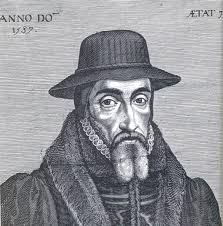 Above: John Foxe.
Below: A page from the book. 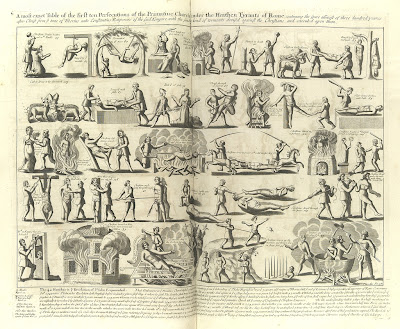 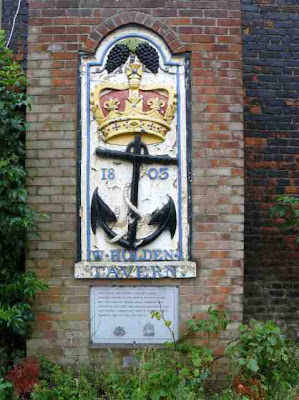 The site of the Crown & Anchor Tavern, posibly known as the Rope & Anchor Tavern was the home of George Bass (1771 -1803) surgeon and navigator who discovered the Bass Straights and played a Signifcant part in the history of Tasmania and Victoria, Australia. He attended Boston Grammar School and later trained in medicine at the hospital at Boston. 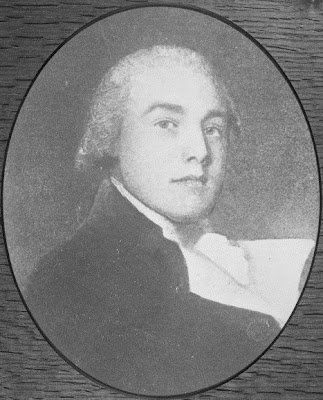 After writing the above about George Bass I received the following from ROBIN and I totally agree, it's nice to learn something new Robin, thanks.

Hi Billy regarding George Bass and his connection with the Crown & Anchor had you realised that the cast iron sign and plaque seem to be displayed on the wrong site?. The Crown and Anchor in the time of George Bass was at 16 Skirbeck Quarter and remained as a Coaching Inn up to 1850 when the licence was tranfered to another house at 20 Skirbeck Quarter which is the site where the sign now resides. As Bass was last seen alive in Feb 1805 it follows that the Crown & Anchor where he lived in Boston must have been number 16 with number 20 only becoming the pub of that name some 45 years after his last sighting. The Crown & Anchor of Bass,s time still stands in the row of old boarded up buildings, its coach archway still in place. It looks as if this is where the old sign and plaque should be on.