This narrow triangle of buildings that formed the junction of New Street and Bank Street (next to Tates fish and chip shop) were closed in September 1967 to allow for demolition. It meant the end of the career of Mr. John Richard Brown, a printer, after nearly fifty years in the same premises. He felt at the time that he could have carried on the printing workshop for another year or two but he thought that at 74 years of age it was time to call it a day. He knew that the closure had been coming for about a year, and all his equipment (which must have been a good 150 years old) was being sold to a local Boston firm.
The business was bought by him in 1919 when he came out of the forces and up to the early 1960's he had employed a small staff but by the time of the demolition he was running the business alone.
Another business affected was the radio and television repair service of Mr. W. Mellor who after 19 years on the premises regretted that he had to move.
The newcomers to the building, the Boston and District F.C. Supporters Association who had only been there since 1965 were moving to nearby Wormgate.


Below: The two pictures show the building as it was and the same view today. 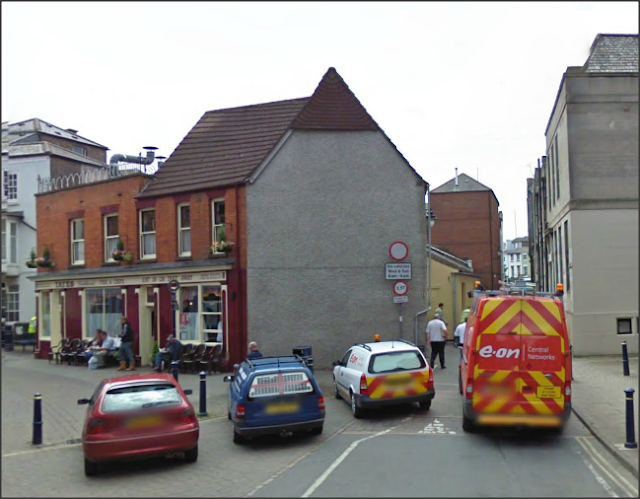