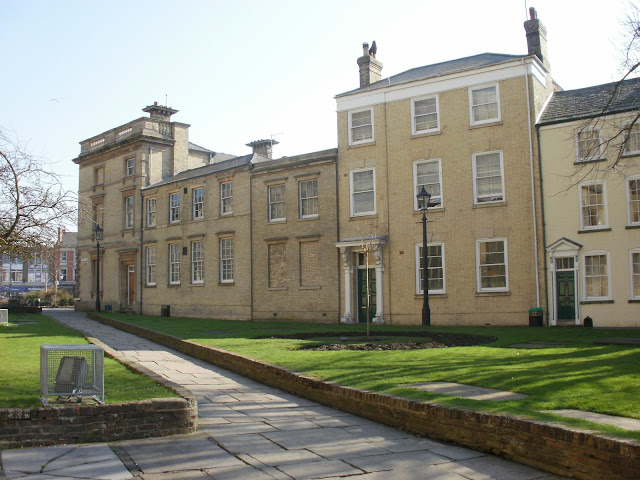 Church Close, the quaint row of old houses opposite the Stump, was once called Paradise Row. The first building on the extreme left is Lloyd's Bank, built in 1864 by the bankers Garfit, Claypon and Co. Ltd. It was taken over by Lloyd's and has remained in their possession ever since.


The row is basically late 18th. century, probably built around George III's time, the buildings to the right were slightly remodelled in the 19th. century and again in 1964.
Isaac Reckitt once lived in the row, then known as " Part of Church Yard ", his family owned the Maud Foster Windmill at the time and were later taken over by Reckitt and Colman, a rival firm who are now much better known in Britain for their famous mustard.
There are recordings down for 1817 and 1828 which state that two private schools were set up at those times in one of the houses. The first run by Mr. and Mrs. Staniland and the other by Miss Hannah Tuxford.
One man who lived in the row went by the name of John Field Smyth, he owned a tobacco and cigar making factory at the bottom of Wide Bargate. The story goes that the Customs and Excise asked him to expose some tobacco smuggling that was going on around the docks at that time, he did - but suffered the consequences. An angry mob hurled bricks through his shop window in a riot, then repeated the procedure on his house. Other occupiers have included attorneys, auctioneers and millinery and dress establishments.
Apparently the houses in the row replaced mediaeval buildings as they got woodrot. 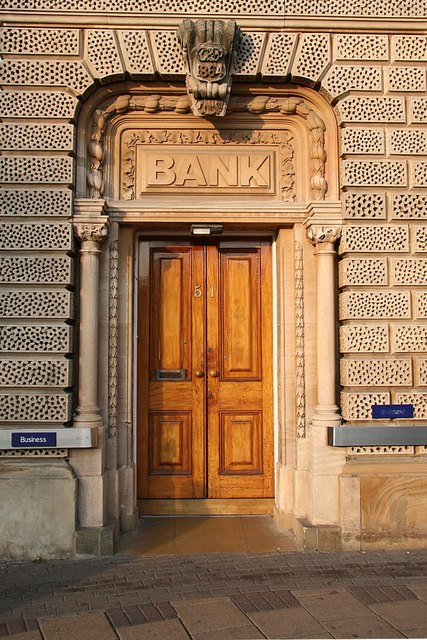 Lloyd's Bank with the date above it.
Posted by Billy at 6:25 pm