Some old industries in Boston.

Boston was a hive of industrial activity throughout the 1800's. It made, among other things, hats and caps, mattresses, chairs, rope, boots and shoes, pipes and cigars. It also grew woad and tanned leather. Around the 1850's there were at least three makers of clay pipes, and the industry thrived for many years, their little factories were sited in Pinfold Lane, West Street and Pipe Office Lane. 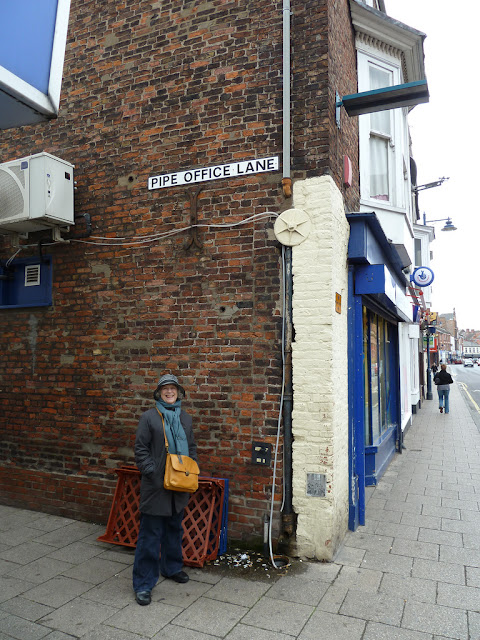 It wasn't surprising therefore that it attracted people bent on the idea of filling them at a profit. The first possibly (in 1842) was a George Hartley of Silver Street who was described as a tobacco manufacturer and cigar maker. By the 1890's there were at least two or three cigar makers. There was Thorns cigar factory which ran to a staff of about 200, Whittle and Cope's in Norfolk Street and another was in Bond Street whose premises were later to become the Boston Steam Laundry.


Hat and cap making was also a flourishing trade, and it appears to have been highly competitive too, for records reveal that a certain Mr. Waterfield used to make them while his wife and daughter sold them on the local markets. It is said that they walked as far as Spalding every week to take up their pitch. One of the last local survivors in the trade was a Mr. Jay of Wormgate.
One of the oldest crafts, rope-making and twine-spinning, was carried on in several parts of the town and there were at least eight still in existence as late as the 1890's, one of them was sited opposite the Central Park where Tawney Street and Hartley Street now are. Rope of all thicknesses were produced, mainly for agriculture and fishing.
We also had a "whiting" industry, this was ground chalk that could be purchased at any grocer's or chandler's shop and was much in demand for hearths, outside steps, silver cleaning and other domestic purposes. Mr. Walter Whyers, a local historian, said in 1934, "As a boy I would go to watch the old horse going round and round as he turned the mill that ground great lumps of chalk to powder, It made me feel giddy to watch the movements of the horse, and I thought it cruelty to the poor animal until they showed me the blinkers that it wore which, they said, prevented the horse from realising that its journey was limited to the ambit of the mill shaft." Among those who made this commodity were Matthew Booker of Wide Bargate, Isaac Trolley, and Mr. Bentley.
Woad growing, for dyeing cloth, once a profitable crop, was an important agricultural sideline and was discontinued only because it was superseded by synthetic dyes.
Boston also made some furniture and in the 1870's there were six chairmakers  and 18 cabinet makers, of whom one was described as a bed pole turner.
The leather producing trade was centred in White Horse Lane, where the washing and tanning was carried out. Curing and dressing also took place at a tannery in Bargate End.
The very old craft of boot and shoe making which was once widely practised in the town was slow to die because even as late as 1850 there were no fewer than 50 manufacturers.
Boston in those days was virtually self sufficient and the men of Boston produced almost all the goods required.
Posted by Billy at 11:08 pm