The smell of candy floss and toffee apples, the caterpillar and speedway, the steam yachts, Rhona the Rat Girl and the boxing booth……….
Boston Mayfair has a very long history (to at least 1125) and traces it’s origins back to the great trading fair of medieval times although this was very different from the modern funfair that we know. 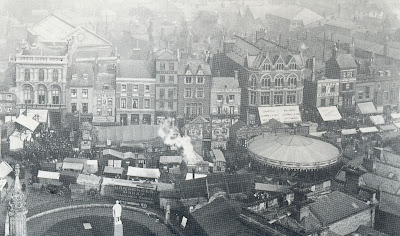 In the Middle Ages fairs were like markets and were held only once a year with merchants coming from all over Europe to buy and sell at the Boston fair. 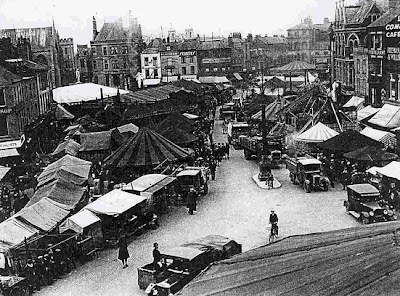 However, by the 1890’s, the mix of fair rides and stalls that we know was certainly occupying both the Market Place and Wide Bargate and it is now one of the few remaining street fairs in the country. 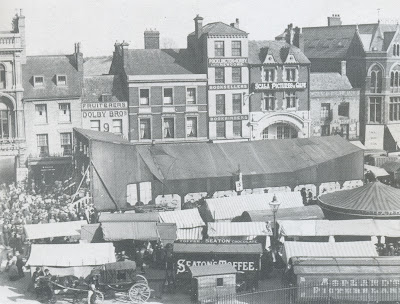 The event, which has a Royal Charter, occurs in the first week of May (usually the 3rd) and is surrounded by tradition and ceremony. 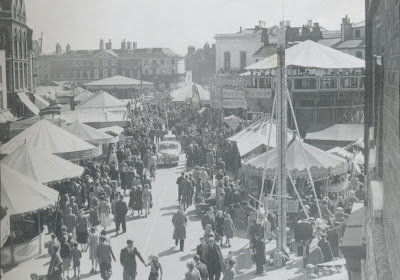 The Mayor declares the fair open at noon (see below) from the Assembly Rooms balcony overlooking the Market Place and the ceremony is attended by VIP guests including representatives of the Showmen’s Guild. 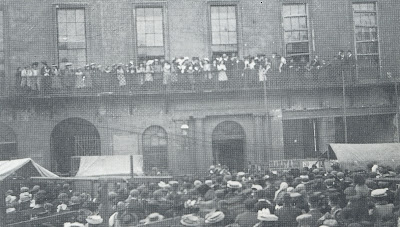 After the Fair has been declared open the mayor and guests tour with representatives from the Showmen’s Guild and are allowed to ride free on any of the attractions. 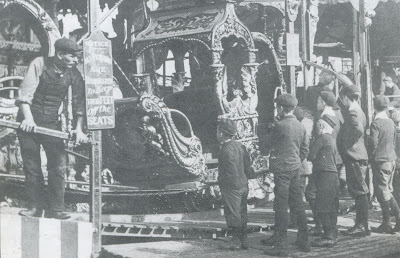 Families of showmen have been coming to Boston for generations, occupying the same pitches with their rides and stalls, which are jealously guarded. The Fair stays in the town for seven or eight days.
Below (1) Sideshows outside the Peacock and Royal Hotel in the 1940's.
Below (2) The Helter Skelter near the Post Office in Bargate in the 1920's. 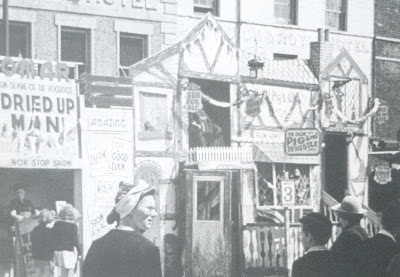 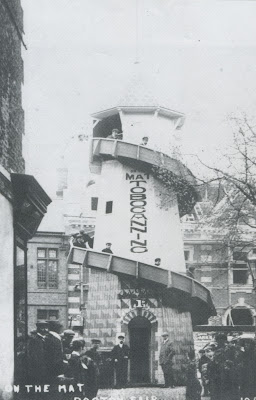