According to the book "The History and Antiquities of Boston" there was a windmill in Wormgate, Boston as far back as 1591.
By the early 1800’s there were about a dozen windmills in and around Boston, many of them on sites that had been used for centuries. Pictured below are a few of these mills. 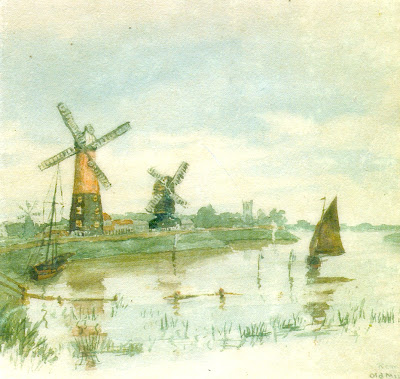 Above and Below: The Gallows Mills which were demolished when Boston dock was built. Skirbeck Church can be seen in both sketches. 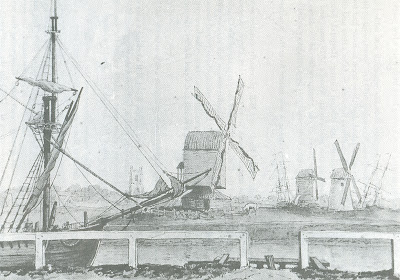 The following three pictures show the "Good Intent" mill that stood down Sleaford Road. The first was drawn by W. Brand in 1796. 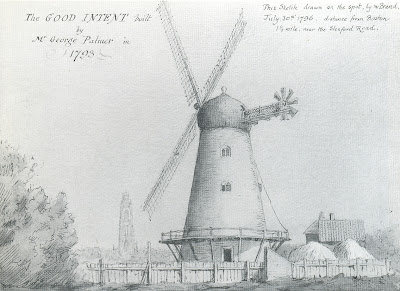 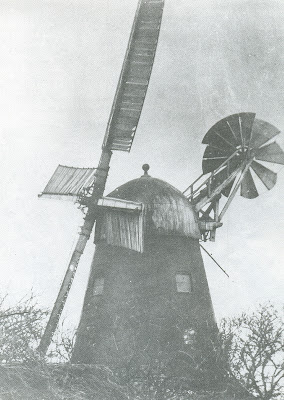 Below, the Good Intent in 1967 when it was demolished. 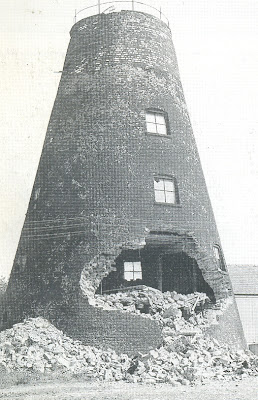 Below can be seen Tuxford's Mill which was near Mount Bridge. There were eight sails on the mill and when it was demolished they were taken and put on the mill at Heckington where they are to this day. 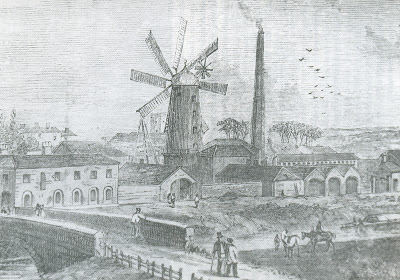 Below: Thompson's Mill which stood down Spilsby Road. 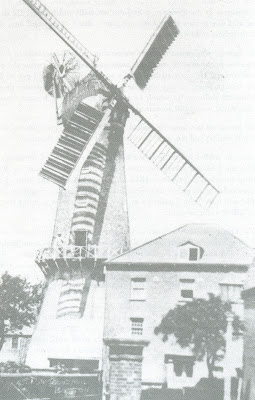 And finally (below) the only one remaining in Boston, the Maud Foster mill. 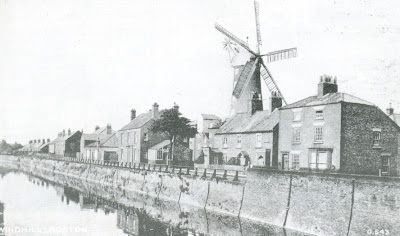