The Congregational Church in Red Lion Street was opened on November 21st, 1850 and was designed by Mr. Stephen Lewin. 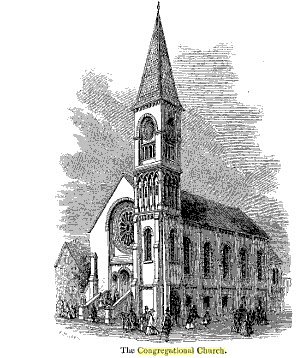 It occupied the site of an old theatre (near the present site of the N.C.P. car park) and some of the materials from this were re-used where suitable in the new building. 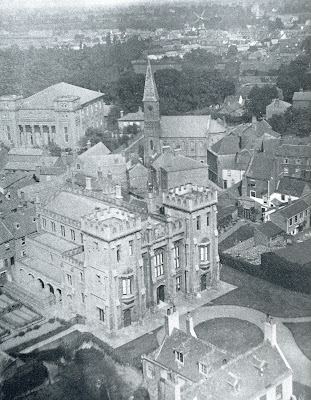 Above: the Congregational church, top centre with the spire.
The church was approached by a flight of seventeen steps, and the tower contained a staircase. The main entrance had a semicircular doorway and above this there was a large rose window.
The tower, with the exception of the sills to the windows, was entirely constructed of brick, of a tint approaching that of stone.
The interior of the church was divided by two aisles into three divisions of seats.
The exterior length of the church was 62 feet and the width 37 feet 6 inches. By the time the photo below was taken the tower had disappeared and the church itself was demolished in the 1960's. 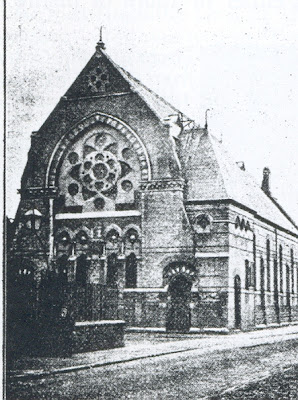