In the far corner of the Market Place, next to Petticoat Lane is Marks and Spencer’s modern shop which takes up three sites (see inside blue square of picture below) of Boston’s past. 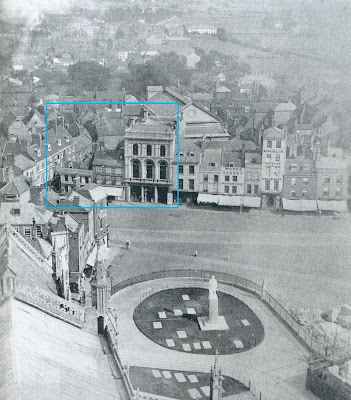 The Corn Exchange Hotel was on the first site, a nice old building with Mr. Fountain’s tobacconist shop incorporated into it. 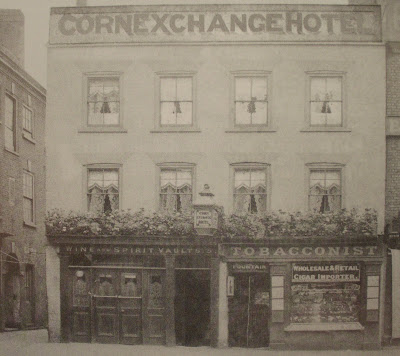 Next door, and occupying site two was Hildred’s piano shop who boasted that they had the “best selection in the Eastern Counties” 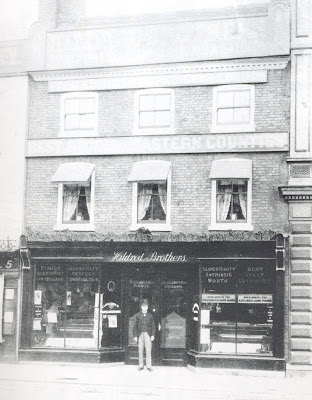 The Green Dragon public house (no known pictures and dating from at least 1590) occupied the third site and this was demolished in the 1850’s. On its site was built the Athenaeum Rooms, pictured below. 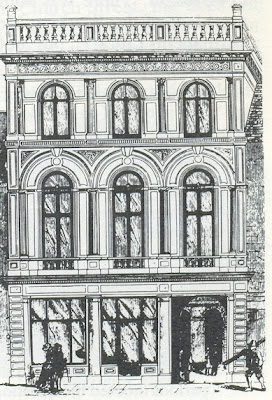 The first floor contained a reading-room, library, etc. and the second floor a lecture room, apparatus, and instruments. The Athenaeum building occupied an area of sixty feet by thirty-six feet, with a height of fifty-three feet. Twenty-six feet of the ground-floor was occupied as a shop, and the remaining ten feet formed an entrance which can still be seen today. Later on in time this building became the New Theatre. 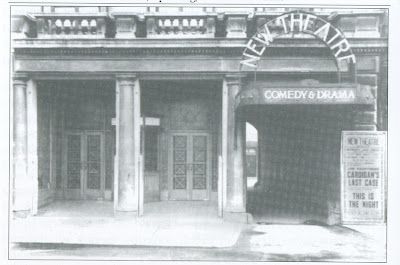 Above: The New Theatre.
Below: Mark's and Spencers today, covering the three sites. 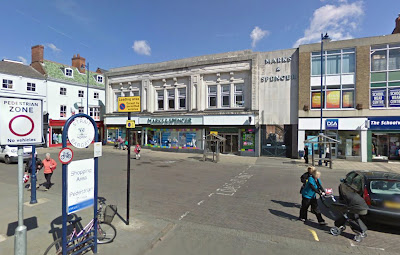