June 1959 saw the demolition of the Red Lion in Strait Bargate, one of the towns oldest Pubs. 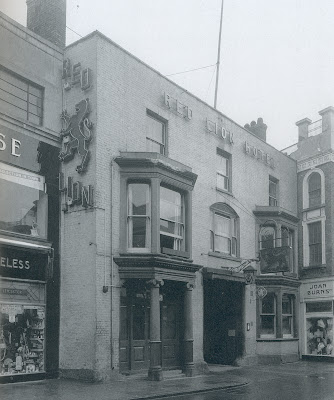 As is usual in Boston this lovely old building with so much character was replaced by what can only be described as a box, in this case a new Woolworths store. 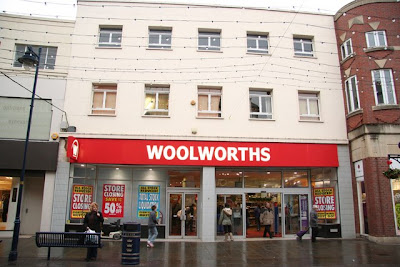 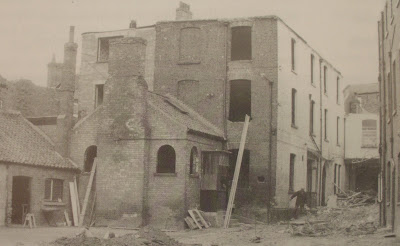 Above: The back view of the Red Lion as it was being demolished.
Below: The same scene as it looked in 2010. 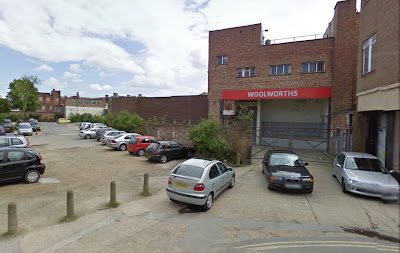 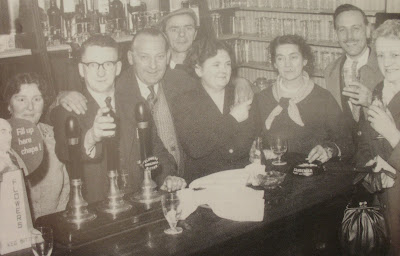 On a plaque inside the new Woolworth's was put the following inscription.
On this site once stood THE RED LION TAVERN recorded in the compotus of Saint Mary’s Guild 1515 as “the Hospitium of the Red Lion in Bargate” It then belonged to that Guild, as it also did in 1524. In 1640 it was said to have formerly belonged to the Sibsey family, having been sold by Ralph Poole to Richard Sibsey and Johan his wife in the reign of Queen Elizabeth.