BOSTON AMBULANCE STATION.
Thanks once again to Robin Smith for the following pictures and information.

The Headquarters of Holland County Council's Ambulance Service was at Boston Ambulance Station at "Allan House" in Carlton Road where the new Carlton Road School now stands.
Because it was only a large rough old wooden building with hitching rails outside for the horses, the staff called it "The Ranch" the following photos will show you why. It was a very efficient and well run service and a very high standard of expertise and comitment was expected of the staff even in those far off times. The service was moved to the Pilgrim Hospital site on 16th December 1979 when the new Ambulance station was opened 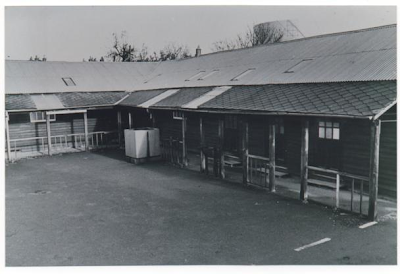 Above and below: The "Ranch" 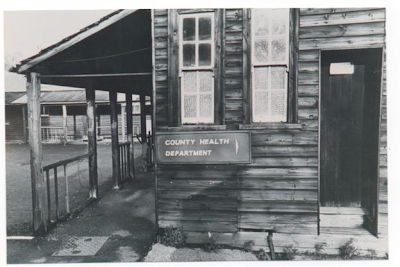 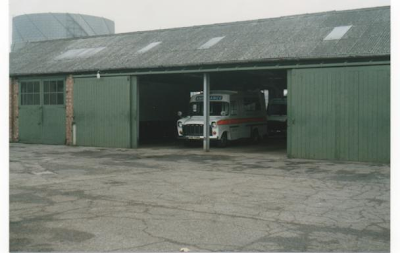 Above: One of the ambulances. Note the old gas storage tank in the distance which, to help you get your bearings, stood on the site of the present Asda store. 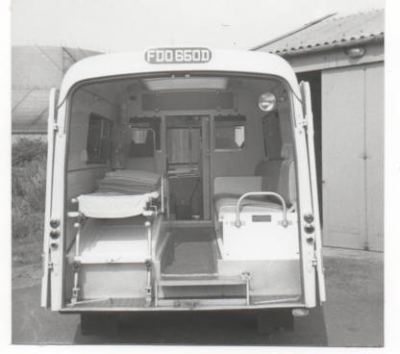 Above and below: Some more of the old ambulances. 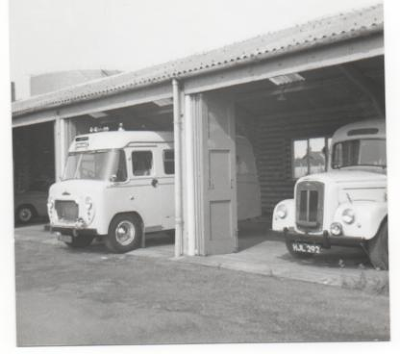