The Gliderdrome was opened in 1939 as a skating rink and the management began holding Wednesday night dances but it wasn’t until the 1950s that it became a top spot for big bands such as Joe Loss and Ted Heath. The Gliderdrome moved with the times, and when the rock’n’roll era arrived it continued booking the big names of the day. Among these were rock’n’rollers such as Billy Fury, Johnny Burnette, Joe Brown, Marty Wilde, and John Leyton. It was re-built after a fire in 1959 and was refurbished in November 1964 when the Starlight Rooms were opened with its celebrated revolving stage. Guests were Juke Box Jury presenter and DJ David Jacobs, Wayne Fontana and the Mindbenders (who failed to appear in time to play), Heinz and the Wild Boys and London band The Federals and the evening was even topped off with a drum roll from the then Boston Mayor Councillor Bert Eyre! 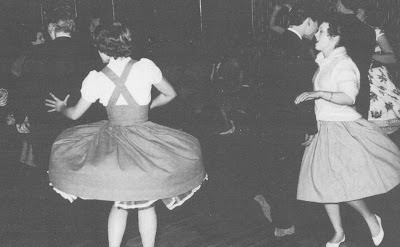 Above:  After the fire of 1959 it was dancing again by the time this photo was taken in Jauary 1960. 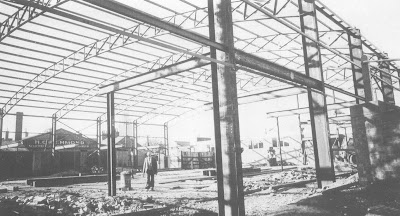 Above: The building of the Starlight Rooms.

Above: The opening night of the Starlight Rooms, November 1964.
Additions to the Gliderdrome included the now famous revolving stage, a coffee bar on the balcony a 50ft by 70ft sprung dance floor and 24,000 minute fairy lights in the ceiling.
For the next ten years or so Boston was the destination of everyone from Jimi Hendrix to Otis Redding and Elton John to Stevie Wonder and only a few big names slipped through the net.
These included The Beatles. Brian Epstein phoned the Glider in 1962 asking for a booking for his new band and agreeing a date. He then wanted to re-arrange the date, but with the contract still unsigned and with little response from the public, the management decided to cancel. It was quite ironic that in the meantime Beatlemania had hit Britain and it would have been the biggest coup
Boston had seen, especially as they were booked for the bargain price of £50, and the week they were due they were number one with ‘Love Me Do’. 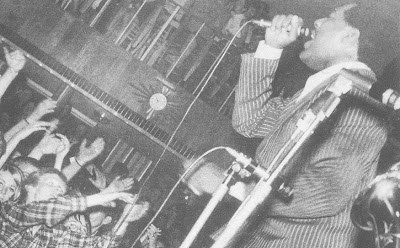 Above: Otis Redding performing at the Glider.
The biggest attendances were for Otis Redding, Stevie Wonder and Elton John, while T.Rex
broke all attendance records with an ecstatic 5,000. The concert, on 15th January, 1972,
attracted the national press for the fact it was a one off, following the band’s successful tour of the previous year. It was also filmed for an ATV documentary,‘Whatever Happened to Tin Pan Alley?’,
which included a backstage interview with Marc Bolan. T.Rex were at the height of their success and fans travelled and hitchhiked from all over the country to see them. Reports said there were sixty policemen on duty, and T.Rex manager Tony Secunda said thirty-three girls fainted. 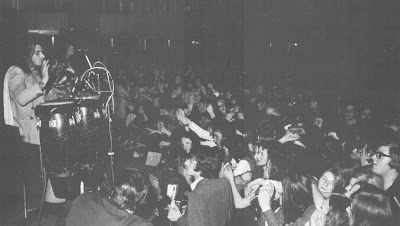 Above: T. Rex on stage.
The Walker Brothers appeared three or four times, and it seems many other bands were happy to return. Dave Dee, Dozy, Beaky, Mick and Tich used to come a lot, and Emerson, Lake and Palmer came twice. The Equals came about once every two months and Alvin Stardust, who was originally Shane Fenton and the Fentones were regulars and Amen Corner gave their farewell performance here.
The soul-oriented Glider crowd were privileged to witness appearances from the likes of Smokey Robinson, Ike and Tina Turner, Stevie Wonder, The Temptations, and Otis Redding. When Stevie Wonder appeared people queued all the way along Shodfriars Lane (in those days John Adams Way was not there) and into the Market Place, people stood on chairs, tables everything.
The golden years came to an end on 25th May, 1973, just months after Elton John’s show.
Issuing a press statement the management laid the blame with the mindless minority
with the comment that audiences ‘are unwilling to accept reasonable disciplinary rules and ordinary standards of behaviour’ the Gliderdrome became a bingo hall and the big-name artists disappeared
from Boston’s entertainment scene. What a sad day for Boston.