Before the railways came


Travel in Boston in the early 1700's was still something of an adventure, people did not often travel for pleasure and those that did travel went on horseback. For the people who had to travel and the transport of goods, there was, first of all, the stage coach.

Stage coaches ran between London and York and stopped at Stamford and Grantham on the Great North Road. Boston was cut off from this great highway but in February 1786 it was announced that a stage coach to carry four inside passengers was to run three times a week from Spilsby, Boston, Spalding, Peterborough and Huntingdon to London. It took nearly a day and a half to get to London and stopped the night at Peterborough, leaving again at 5 a.m. next morning. 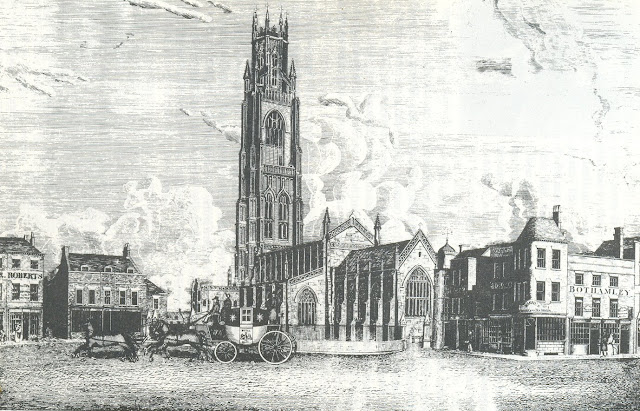 A stagecoach in the Market Place.

From July 1st. 1787 a diligence left the Peacock Inn, Boston on Sundays and Thursdays at 9. a.m. and went by way of Wainfleet to Skegness. 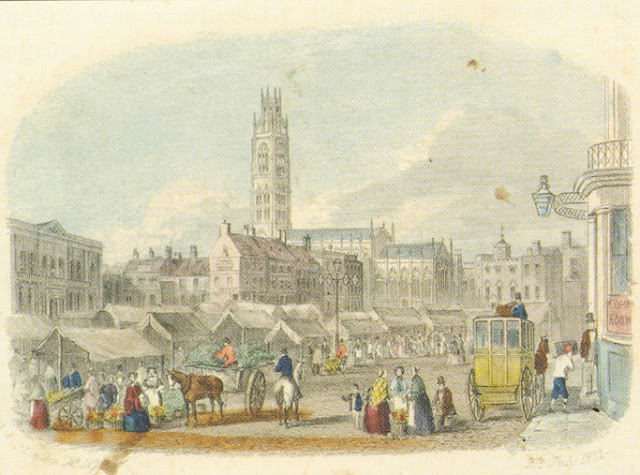 A coach outside The Peacock Hotel.

During the 1700's an increasing proportion of rough goods went by water. The Witham had always been the main link between Boston and Lincoln, and the means by which the goods shipped to the Port of Boston found their way into, and out of, the county. There was a good deal of coasting trade between Boston and London and boats regularly plied on inland waterways. This water transport was increasing right down to the coming of the railway. In an old Lincolnshire directory of 1821 there was advertised a steam packet running every day between Lincoln and Boston for both passengers and goods. 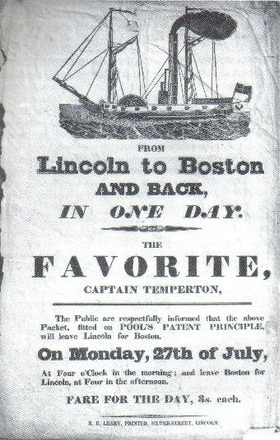 Very swiftly in the end the coach and river trade were overtaken by the railway which arrived in Boston in 1848.
Posted by Billy at 11:23 pm