Bringing down Boston and Bostonians is nothing new, this article appeared in a Welsh newspaper called "The Leader" with offices at Portmadoc in 1951. The writer was J. Ellis Williams.

" I spent most of last week in Boston (Lincs., not Massachusetts). It is the place which the Pilgrim Fathers left to go to America. I don't blame them. Boston is flat, dull, uninteresting and uninspiring. Five days there made me feel as flat as the countryside. Five months there would have driven me to meloncholia.
I met and talked with a good many people there, and listened to the conversation of many more. Not once did I hear anybody speak of music, poetry, drama, painting or any of the arts, sorry I did hear one man speak of architecture, he was building a pigsty. 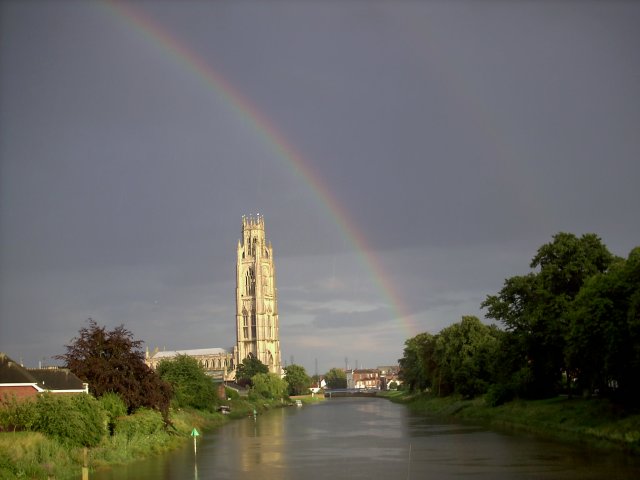 How could anyone find fault with this?

The roads around Boston are built on embankments which are a few feet above the land. On each side of the road there is a deep draining ditch. Houses built along the roadside have little bridges leading to the front door. One of the worst roads is that leading from Boston to Skegness, it follows the old cattle track which used to meander through the marshes surrounding the Wash and at each and every bend there is the same flat monotony. Towering above the town is the Boston Stump, a church tower that gives one the impression that an absent minded architect forgot to put a steeple on it."

You have to be a Bostonian and live here to understand Mr. Williams.
Posted by Billy at 12:21 am