The highlight of the year 1851 for Bostonians was undoubtedly the "visit" of Queen Victoria and Prince Albert. About the middle of August of that year it became known that the Queen would pass through the town towards the end of the month on her way to Scotland. The Town Council immediately applied for permission to testify to the "loyalty and affection to Her Majesty and her Royal Consort, either by presentation of a loyal and dutiful address or such other mode as may be deemed most desirable." 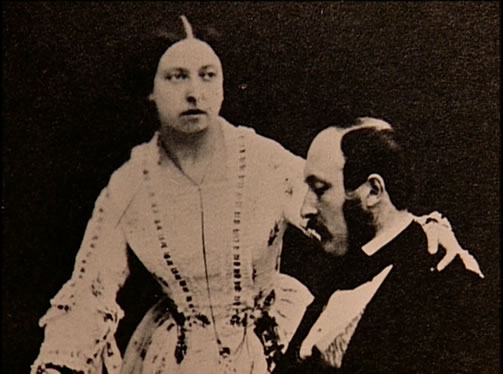 At first the request was refused but a second application pointing out that the Queen would not be delayed, "as the train must necessarily stay for at least five minutes," succeeded. The station was decorated with evergreens and banners  and a Mr. Lewin loaned all the timber necessary for the special platform.
On the day, rejoicing began at 12 o'clock when the Mayor (John Noble) gave a breakfast in the Assembly Rooms. At 3.30 the doors of the station were thrown open and those who had succeeded in getting tickets - about 2,000 in all - began to pour in and secure their places. When the train arrived , Lord John Russell alighted and made the introductions. The Queen received the address from the Mayor, standing at the door of her carriage, and she "was pleased to show herself to the people at the windows on both sides of her carriage." Albert however seems to have remained in the background.
The "visit" over, the train passed slowly toward the Grand Sluice and the day's festivities were brought to a close with a civic dinner at the Peacock Inn.
Posted by Billy at 10:42 am