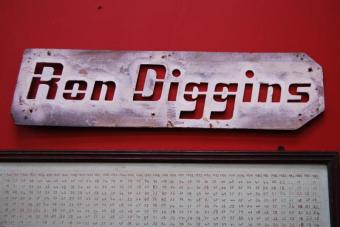 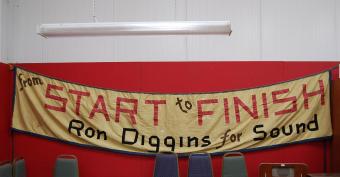 "I'd been playing background music and doing voice-overs out the back of my van at school sports days and the like," he told the Boston Standard. "It was nothing to do with dancing – that was the last thing on my mind." But in September 1947, the farm girls from the Swineshead Land Army decided Ron’s gear could be put to better use: "They were passing the office, saw the van and came in to ask if it could be used for dancing. They were having a harvest supper with some of the Italian POWs. Well, I'd never thought of it before, but I didn't want to lose the booking – so I said I'd give it a go." 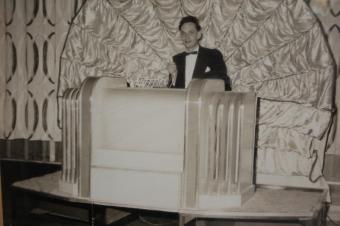 "Back then there was just the waltz, the quick-step and the Palais glide – and I always ended up with the National Anthem," he explained. "It was unheard of at the time to play records at a dance and it just took off from there – although I had no idea how things would snowball." 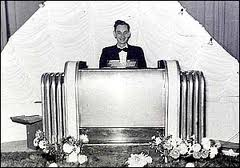 Ron’s 78s proved wildly popular, no doubt because his record selections gave audiences slightly grander music than they were used to. "When I started out, the ordinary village halls danced to live piano and drums – that's all. If it was something extra special, they'd have a violin as well." 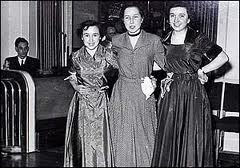 In 1949 he built his famous ‘Diggola’ a wonderful art deco mobile DJ booth modelled on the bandstands of the jazz era. The first of six, it came complete with double decks for 78s, a home-made mixer, lights, microphone, amplifier and ten speakers. "It took me about six weeks to build the first Diggola. We couldn't get plywood in those days, so soon after the war. So I had to make it out of coffin boards." 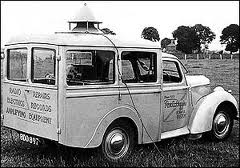 In the ’50s Ron Diggin's fame had spread so widely around south Lincolnshire that he had to hire two other DJs to keep up with his bookings. His success angered the Musicians’ Union, who used their clout to prevent him playing larger venues. So sadly, though he’d set his heart on it, Ron never played Boston’s Gliderdrome. He retired in 1995 after playing around 20,000 parties. The most he ever charged was £50. 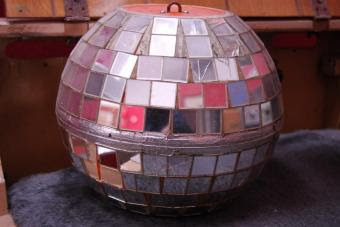 "I've invented nothing," he insisted on his 90th birthday. "I put the same things to a different use, that's all."
Posted by Billy at 8:42 pm