Some of Boston's Schools

Matthew Crowden's Holland House School, 69 Wide Bargate. The building is still there near to Bargate Bridge and is now (2012 below) a Dentist's. 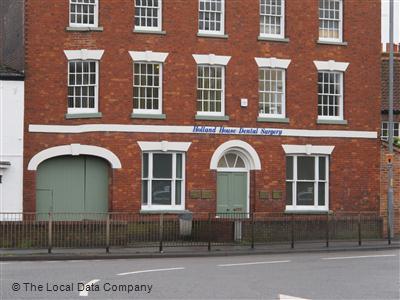 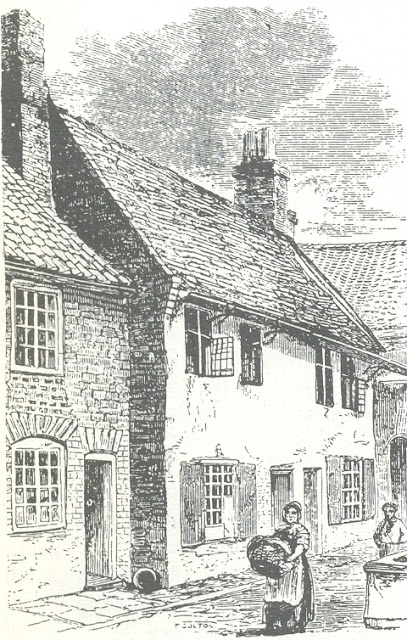 The former Grammar School in Wormgate 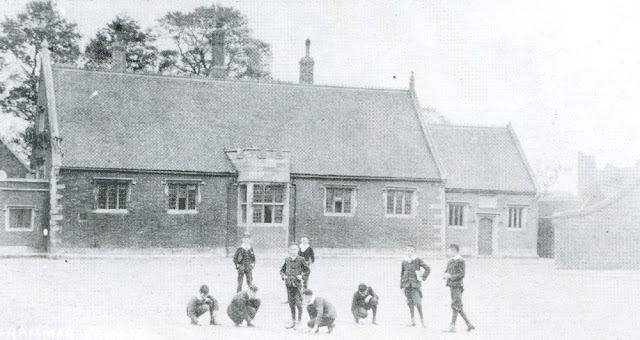 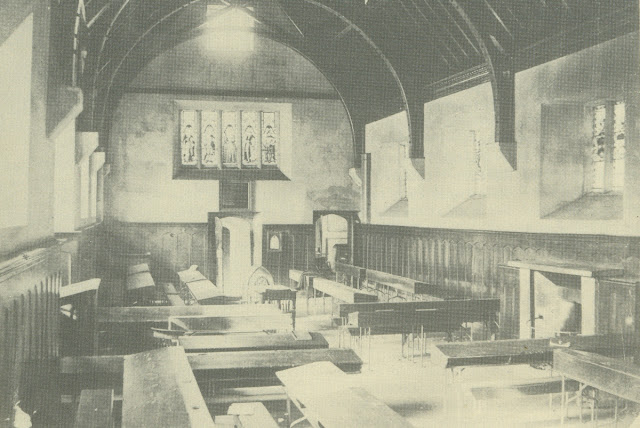 The interior of Boston Grammar School. 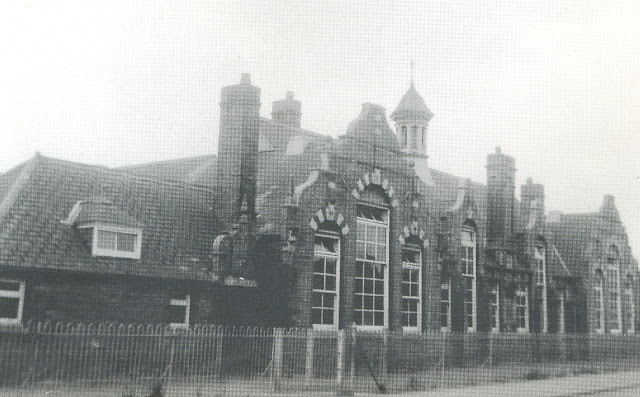 Above and below : Staniland School, corner of George St. and Fydell Crescent, now a Car Park.

Staniland School was established in 1896. In 1987 the school moved to its present location at Peck Avenue, Boston. 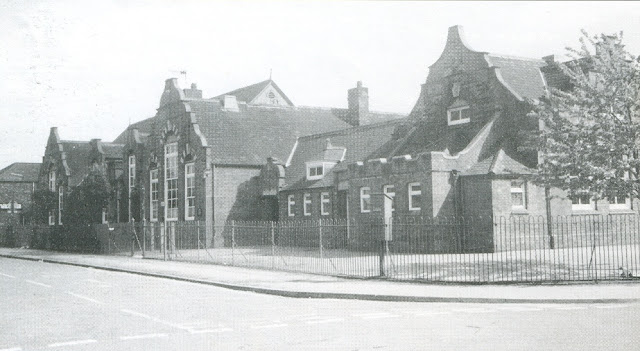 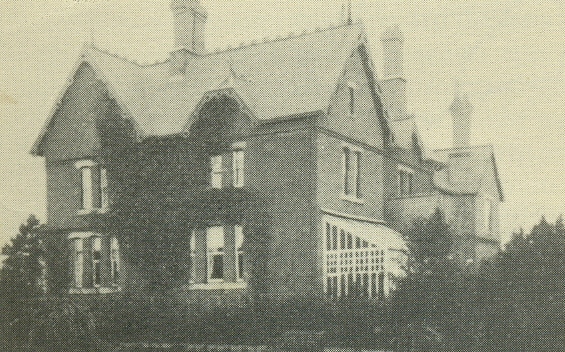 Allan House High School, used before the present High School on Spilsby Road was built in 1938.

Boston High School first opened on 19 January 1914 at Allan House on Carlton Road, Boston. There was a headmistress and seven teachers, with 112 girls on the roll. Due to increasing pupil numbers additional classrooms were built in 1922. The school's first headmistress was Miss F.M. Knipe, who served from 1914 until 1927, and there have only been five further headteachers in the history of the school.
The school was relocated to Spilsby Road during the autumn of 1938. However, the official opening ceremony did not take place until 1939, the year that World War II started. 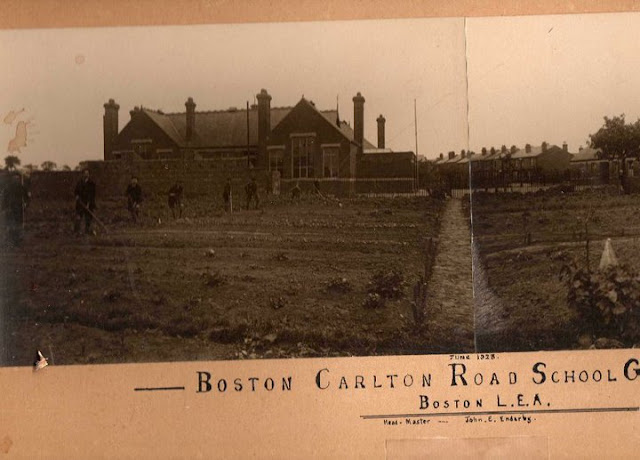 The old Carlton Road School, before the Fenside Estate was built, and taken from a spot which would eventually become Taverner Road. 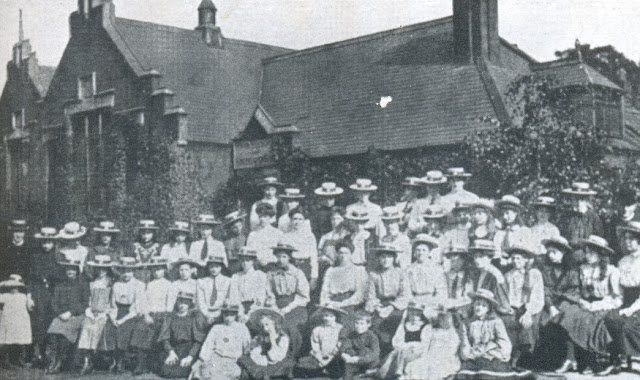 Conway School in Tunnard Street, about 1910.
Conway school was established in 1851 by Martha and Mary Gee as Boston Middle Girls School at George Street, Boston and was "intended for female children whose parents are in the rank next above the actual poor". It subsequently moved to its current site at Tunnard Street, at a rebuilding cost of £800.
In 1905 the school was renamed as Conway School and established a good local reputation. The school eventually became coeducational, achieving high levels of annual passes in the 11+ examination. In 2000 Conway School had 100% passes in the 11+ for the third year running.

Part of Witham Green School, demolished in about 1969.

The Bluecoat School, not far from the Sluice Bridge.

Plaque on Park Board School, Tunnard Street. Demolished and now another Car Park. The plaque was the only part of the school saved and is cemented into the entrance to the car park. 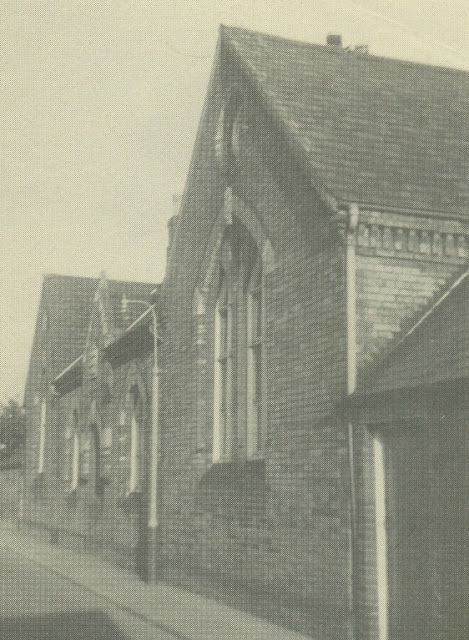 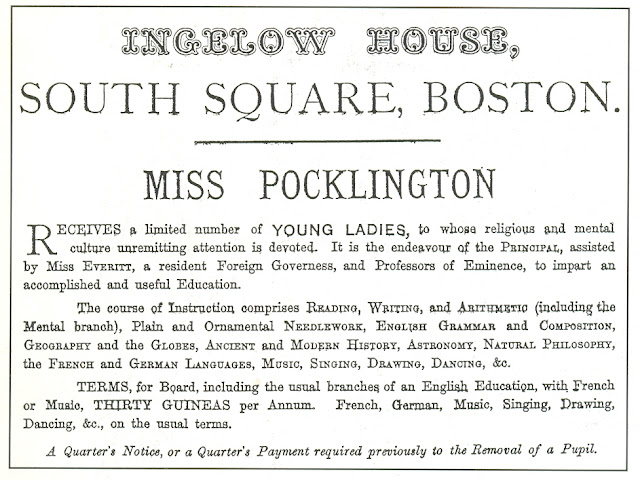 An advertisement placed in the 1872 County Directory by Miss Francis Pocklington who after 1868 took part of Ingelow House and in 1871 had 12 resident pupils. The school passed on to Misses Ann and Mary Adams,  and later to Miss Cecily Matthews and then Miss Evelyn Rysdale until after 1919.
Posted by Billy at 12:46 am

Email ThisBlogThis!Share to TwitterShare to FacebookShare to Pinterest
Labels: school