We always said "Goodies" and never called them sweets.

Not many people will have heard of Mr. Tom Scotney's sweet making business at 55 Pen Street, but in 1939 (in his 80th. year) he had already been making sweets for 67 years, and apparently good ones they were too as countless ha'pennies were spent on Scotney's "broken scotch" and bulls-eyes.
Thirty of those years were spent working for Mr. Foreman, sweet-maker of Threadneedle Street Boston.
Fourteen years before he started his own business he was steward at the Peacock Bowling Club and many triumphs he could recall there, particularly at skittles, at which he had few equals. He often acted as a waiter in Mr. Clemows days when the Peacock catered for functions all over Lincolnshire. One of his specialities was his whooping cough candy, made from a recipe that had been in his family for a hundred years and it was said that he could put exactly two pounds of sweets onto the scales at the first weighing as he had had that much practise.


The Peacock in Mr. Clemow's days, where Tom Scotney often acted as a waiter. 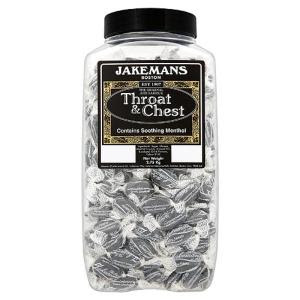 Jakeman's were established in 1907 in Boston where they remain (at Sutterton, a village 6 miles distant) to this day and specialise in quality menthol based confectionary, they joined the LanesHealth family in 2007. LanesHealth are leaders in providing alternative natural remedies to many common ailments. 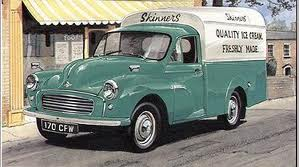 This Ice Cream Van which I remember as a boy was owned by Skinners and was a familiar sight in the Boston area for a number of years, Mr. Skinner was always welcome and I remember he used a handbell to let you know he was in the street. Originally starting life as a pickup, the model was adapted by its owners.
Another place I remember going to when I was a boy was the Brandy snap factory which was situated off Wormgate but I can find no information or pictures of it.