Tom Kemp retired in March 1937 after 44 years of employment as a paver and slabber at Boston Corporation, paving the streets at the time when they were of granite slabs. He was one of the first to pass over the Town Bridge after it was reconstructed (in 1913) and helped to pull the old bridge down of which he had a memento, a piece of ironwork in the shape of a figure "8", that his wife used as a stand for the flat-iron! 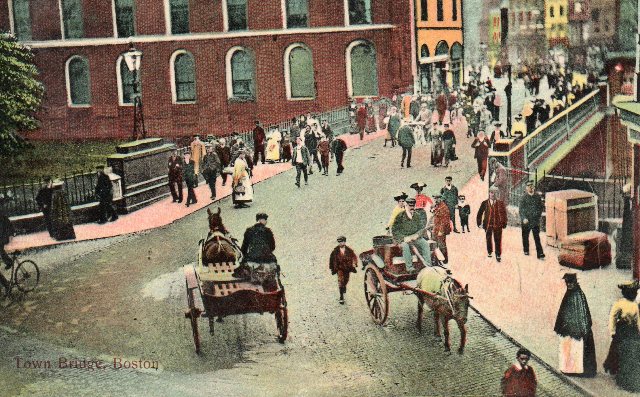 The old and new Town Bridge. 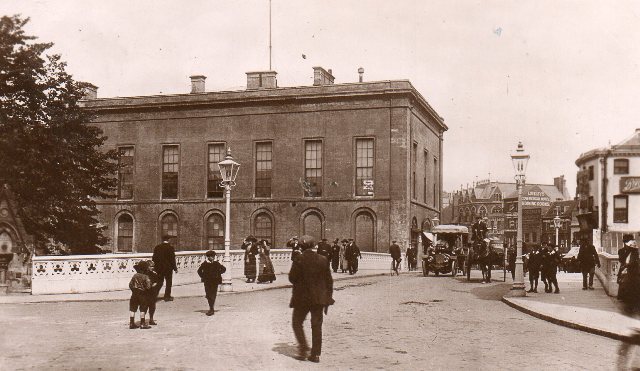 He helped in the construction of the Municipal Buildings and one of his last jobs was near the Sluice Bridge where he helped to make the circle (the small roundabout?) near the bridge and lay the pavement from Tattershall Road up to the bridge. For 15 of those years he was transferred from the town down to the dock, and while going to work from his home in London Road one day over the Swing Bridge, wheeling his bicycle, he got almost over the bridge when a railway engine came down the line. He couldn't get away and was pinned between the bridge and the engine. The bicycle was torn in half and he was left holding the handle-bars and the front wheel.
On another occasion he was helping to trace a gas leak in West Street when he struck a pebble while shovelling out soil. The spark from the pebble ignited the leakage in a main pipe but he jumped out before any damage more serious than singed eyebrows had occurred!
One embarrassing occasion which stayed in his mind was when he had been stationed outside the Municipal Buildings when they were opened in order to take the tickets of those who had been invited. He stopped one man from going through because he hadn't got a ticket and refused to let him pass, then the Police came and told him that the man was Mr. Doughty, the M.P. for Grimsby!