Mr. Thomas Ward was born in Boston but went to live in London in the mid 1890's, he visited the town again in 1937 and shared tender memories of his childhood days in Boston. Apparently the Corporation at one time bestowed ha'pennies upon the more agile youths of the period who frequented the People's Park (Down near the old swimming baths) and Mr. Ward explained how they did it. 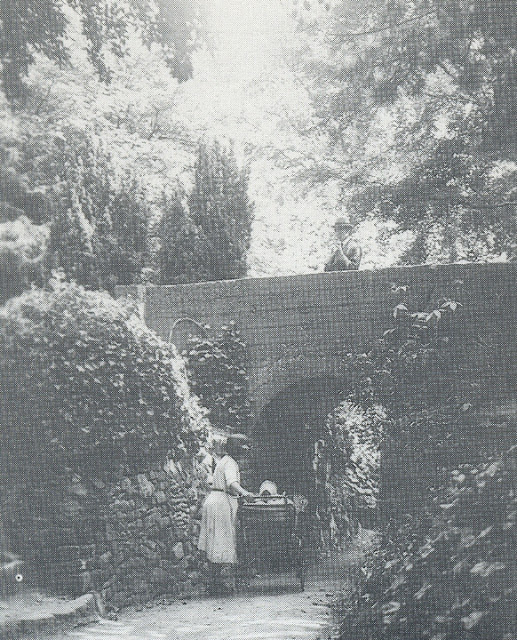 The People's Park.
A clothes basket was balanced on a pole and across the basket sat a boy armed with a stick. He had to lean forward and knock off a ha'penny placed on a pole just within reach. If he did it without falling off. the ha'penny was his. 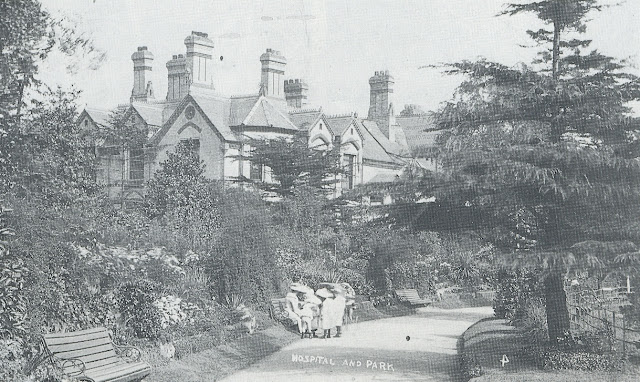 The Park with the General Hospital behind.
The man who saw that no one cheated and who placed the ha'pennies on top of the pole was Park-keeper Butterworth, often assisted by "Sausage" Scott, nicknamed because he always carried a sausage like article to chastise the bad lads that would not keep off the grass, climbed trees or picked the flowers. 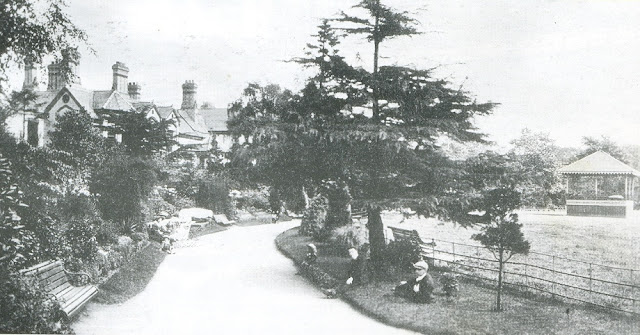 Another view, with the Hospital again.
By 1937 the Central Park was where people went to relax and the People's Park became less and less used, it is now wasteland but I can remember even in my young days of the 1950's and 60's how you could still see the layout with its hills and bridges etc., though by then it was well overgrown and it was known to us as The Old Park,
Posted by Billy at 6:27 am