W.H. Scuffham was founded in 1950 by William Harlock Scuffham. Initially working on his own, William installed and serviced domestic and light commercial refrigeration equipment. Operating from his home in Boston he was assisted by his wife Mavis, who managed the accounts and dealt with customer enquiries. 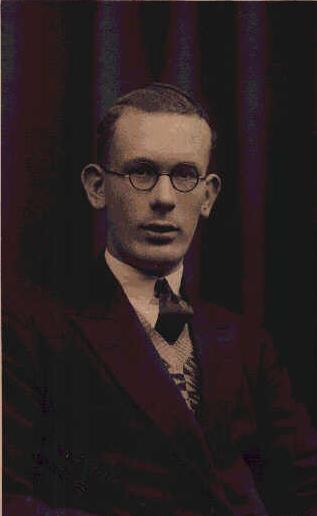 W.H. Scuffham
The showroom at 95 West Street, Boston was opened around 1965 to provide a retail outlet for the company's products and services. This site also housed the engineers' workshop and sales and accounts offices. 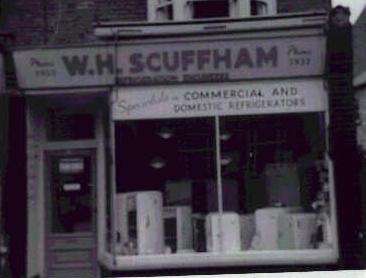 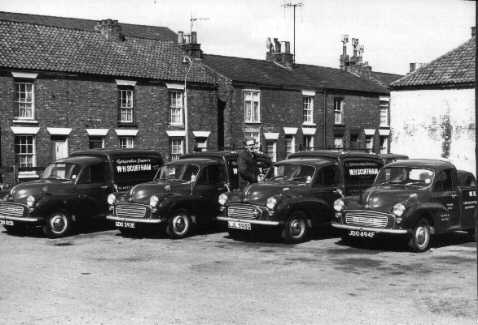 The fleet of Morris Vans.
William died in May 1974, leaving the business in the hands of his son David, who had recently completed his degree in Engineering at Leicester University. The company grew and expanded, recruiting new engineers. The biggest growth market was in commercial air conditioning, and the company became increasingly involved in this field. They also diversified into many other new areas, including crop drying (Dry Air Generators), and other specialist refrigeration systems. 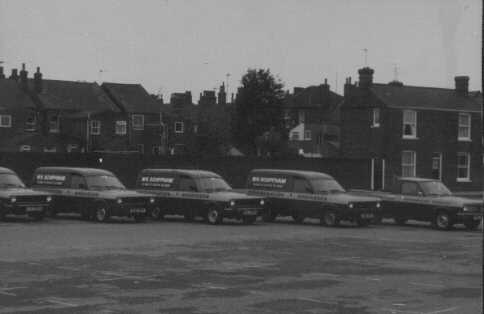 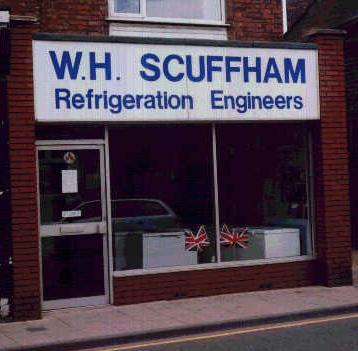 Another view of the shop in West Street.

Today the company deals primarily in the commercial and light industrial market, using a fleet of well-stocked vehicles and are now able to offer a complete service, including design, installation and after-sales maintenance for a wide variety of air conditioning and refrigeration applications. The shop, sadly, is now a foreign food outlet.
Posted by Billy at 10:40 pm