For many years Bothamleys (opposite the present Marks and Spencer store, in the premises now occupied by Timpson's key cutters and Thornton's chocolate shop) had a clock hung from the wall of this building. It had been in its present position for about sixty years and was still in working order when it was taken down in about 1927 when they gave up and sold off their stock.

The clock was due to be sold or scrapped but it was hoped that it would be spared and the suggestion was made that the Corporation might purchase it and erect it in the Cattle Market, Bargate Green or the Dock where it would continue a useful public service. The timepiece was operated from inside the premises, the works being operated with a rod. 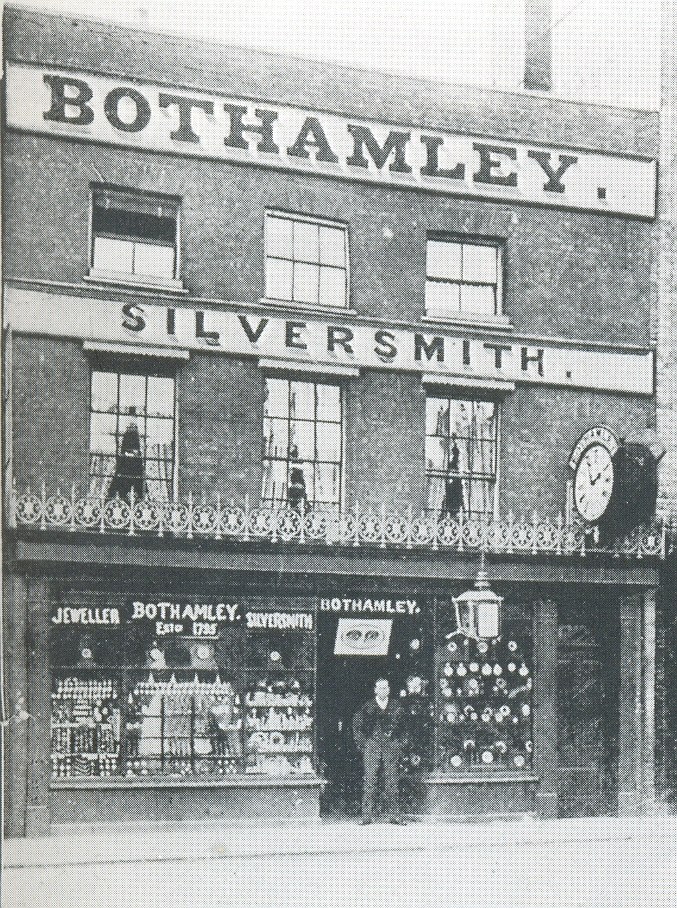