Boston at one time was a maze of windmills, the one we all know is the Maud Foster Mill (the last one in the town) which has been restored to working order and is a fine sight when its sails are turning on a bright sunny day.


The Maud Foster Mill.
Behind the Maud Foster Mill once stood Mr. C Blade's old five sail mill, and nearby in Spilsby Road was the mill, built in 1780, which continued to be operated by the Thompson family until about 1930. One of the Thompson's, by 1843, had added to the original mill tower a large steam-driven mill, one of the first in this part of the country. The original Thompson Mill lost its top in a gale in 1860, and its five sails were replaced by four sails only. These remained in position until 1883 when they were sold to a waterworks company for pumping. 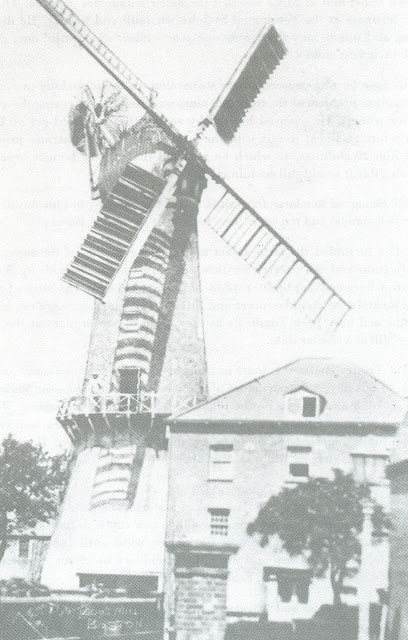 Thompson's Mill.
A second four sail mill which stood in Spilsby Road, near the present Mill Inn, was taken down in 1886.
In Wyberton Road was another four sailed mill and there was yet another windmill off George Street.
The Sleaford Road Mill lost its sails in 1905, could this have been the "Smock Mill" which stood "near the Turnpike Road to Sleaford?" 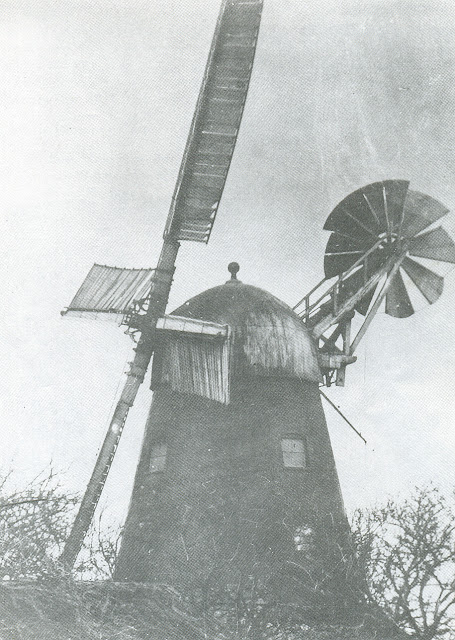 The Sleaford Road Mill.
Mr. Bonsor's  four sail "Pepperbox Mill" stood near Mount Bridge and also nearby was Tuxford's eight sail mill. When this was taken down its top and sails were taken to Heckington which, as a result, now boasts one of the only eight sail mills in the country. 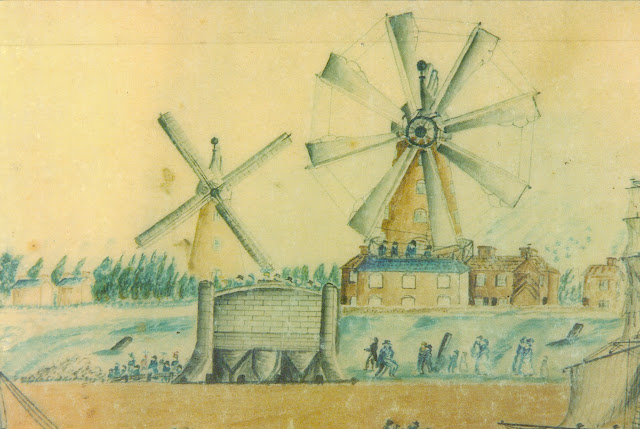 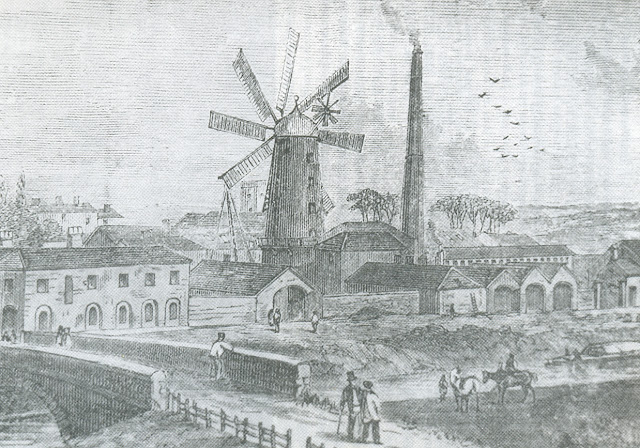 Another view of Tuxford's eight sailed mill near Mount Bridge.
Finally (or were there any more?) on the site of the present dock basin were the Gallows Mills, they were near the old boundary between Boston and Skirbeck, and stood on or about the spot where there had been a gallows tree - a place of execution in medieval times. These were owned by Robert Bailey. 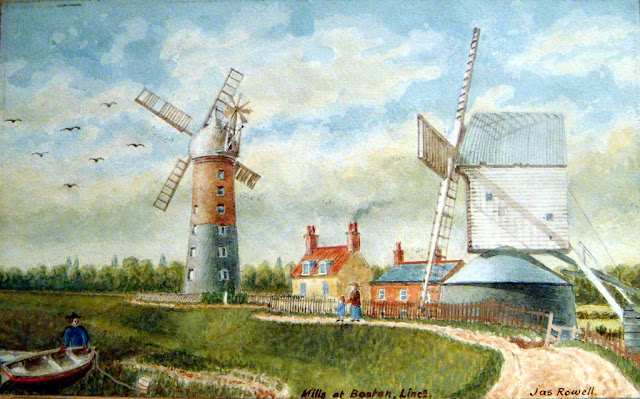