The Privateer was owned by the Boston Steam Tug Company Limited and ran pleasure trips from Doughty Quay in Boston to Skegness and Hunstanton piers and also down the River Haven to The Wash and back. 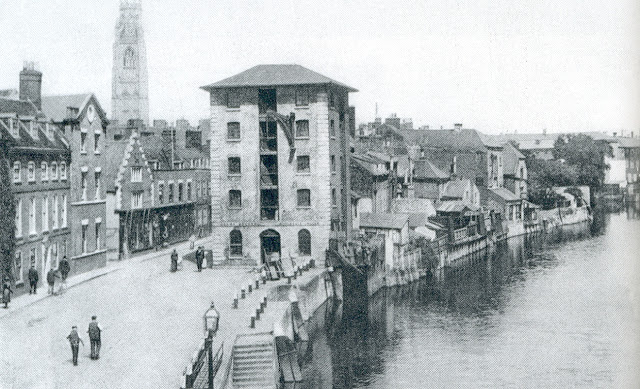 Above: Doughty Quay, Boston.
Above and below:The Privateer, going past The ferryman, heading out on one of its trips.
After the Titanic disaster the Board of Trade brought in strict measures and new certificates for Passenger Carrying. Consequently the Privateer's new certificate cut numbers drastically and the trips did not pay, and the vessel resorted to towing. 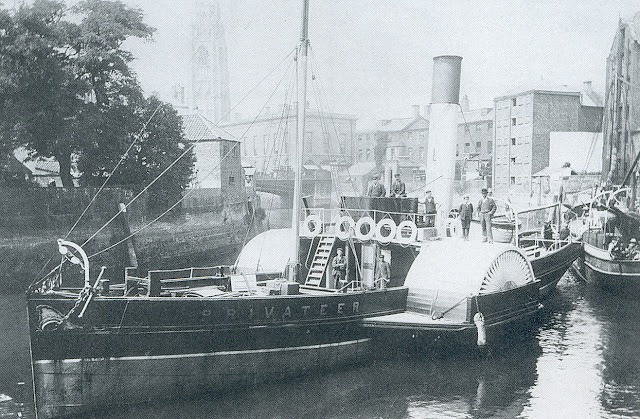 The company sold her and she was sunk by the Germans off the French coast in 1914.
Incidentally The Privateer pulled down the old Town Bridge in 1912/13.


Above: The Privateer demolishing the old Town Bridge.
Posted by Billy at 3:34 pm