People complain today of all the chemicals being sprayed on the fields around Boston but not so long ago it was much worse than it is today. I well remember working on the land in the 1960's and 70's when all of a sudden from nowhere would come an aeroplane and spray the field next to the one we were working in!! There was no warning, nothing. 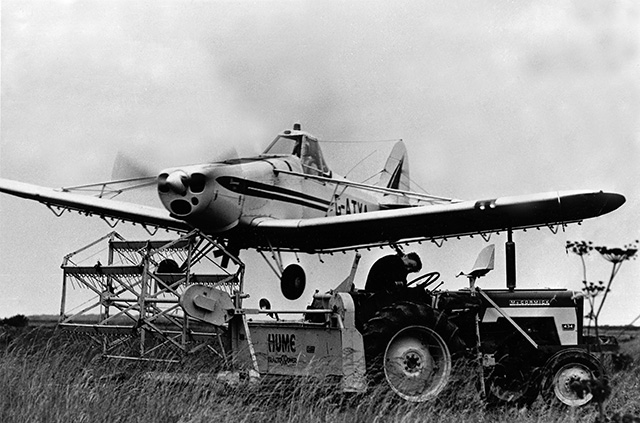 Just how close the spraying could get!!
Boston Aerodrome, on the western outskirts of Boston, has been in use as an airfield since the 1930s and was the home to the Lincs Aerial Spraying Company between 1966 and 1984 who operated Piper Pawnees and Austers. 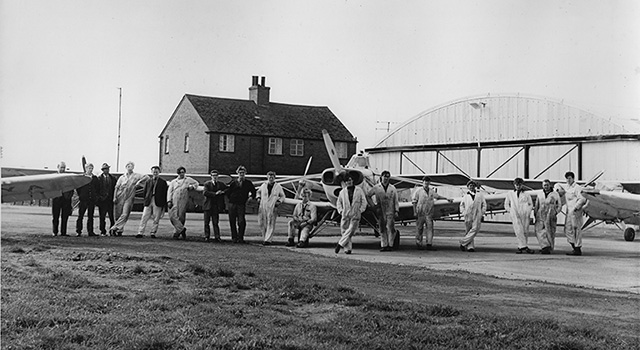 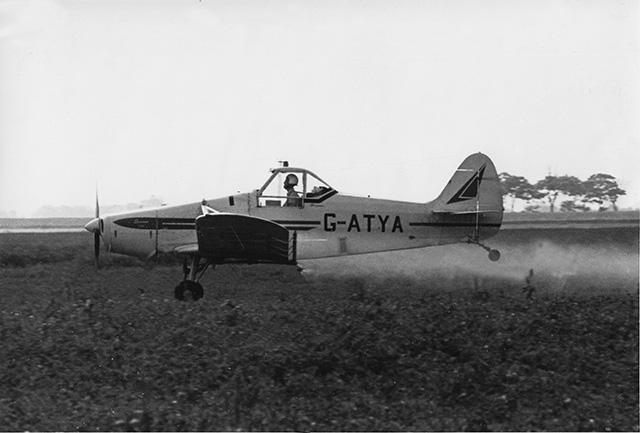 Imagine working outdoors in the fresh air when all of a sudden this happens about 100 yards or so away from you. Health and Safety would have something to say about this today!! 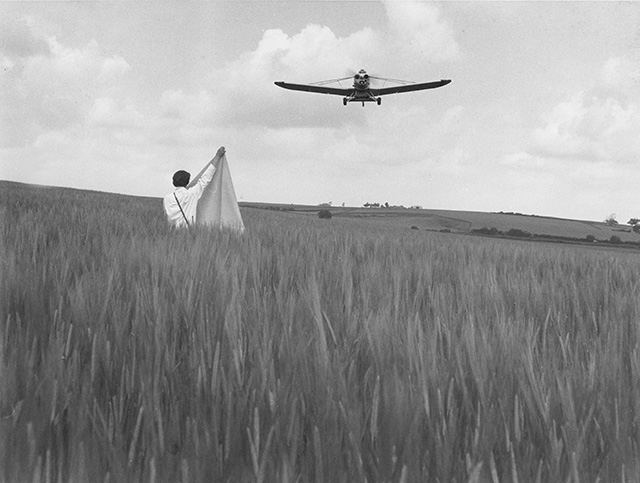 This is the flag man who would show the pilot which strip to spray next, note the lack of protective clothing and breathing gear.
I'm more than sure that aerial spraying is banned now but the chemicals are still being put in by tractor.﻿