This building, right of centre, in Wide Bargate, is today (2013) the premises of Heron Foods. 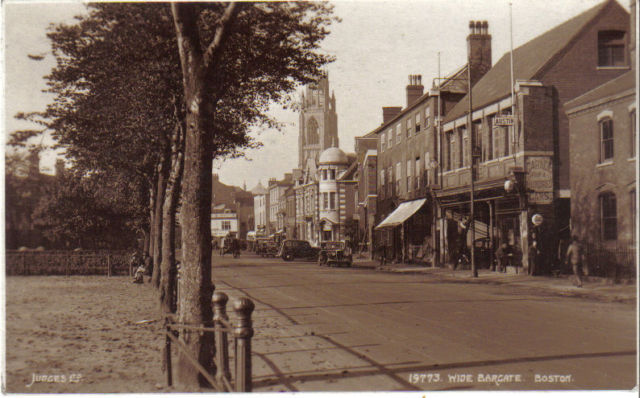 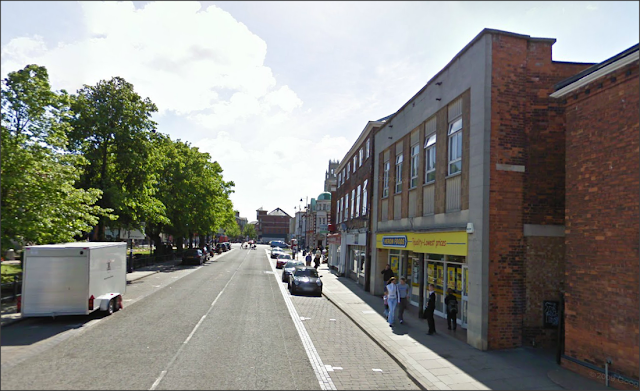 It was acquired by local garage firm "Holland Brothers" in 1900 and has undergone extensive changes over the years. 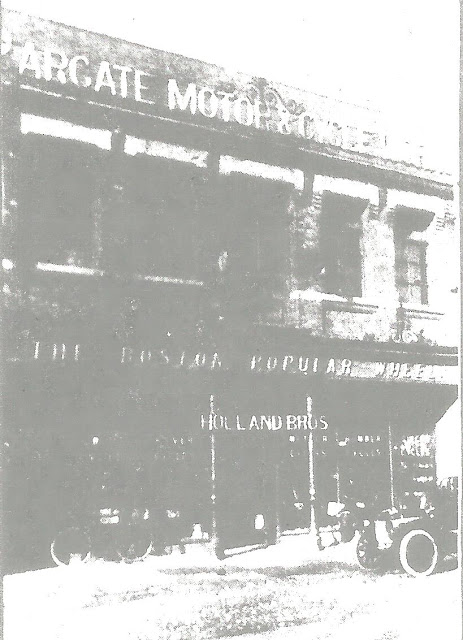 Holland Brothers, just after the turn of the twentieth century. 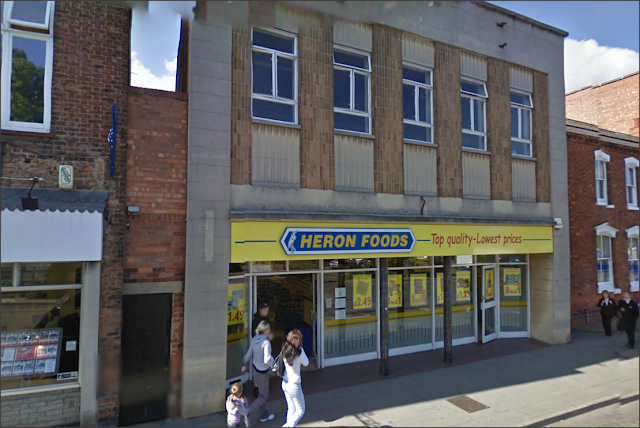 It had major rebuilding around 1930 but was wrecked by German bombs in 1941 and it was ten years before it was rebuilt again. 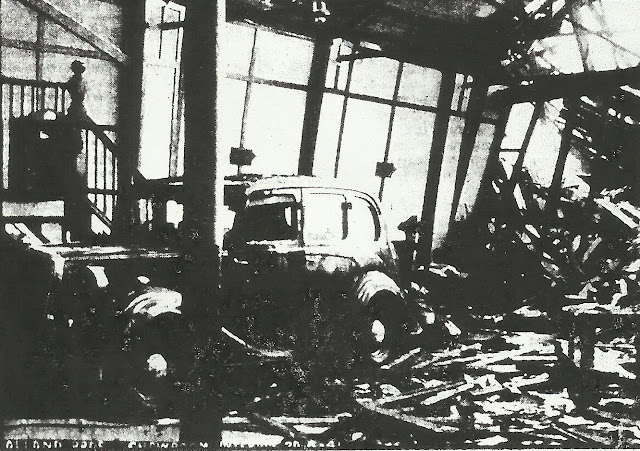 The scene after the German bombs dropped. The car in the picture was owned by the former chairman of Fisher Clark (a local label manufacturers) Mr. Vernon Clark.
In the 1980's Holland Brothers leased the site to the national chain of hardware stores Wilkinsons and Heron Foods moved in when Wilkinsons moved to premises in Pescod Square. Even on the modern building old features (original?) like the two thin pillars at the front can still be seen.
Posted by Billy at 10:47 am