Death at the May Fair.

George Gould, aged 26, was an able seaman in the Royal Navy serving on board HMS
Swiftsure. He came from Edinburgh, but was spending his leave at Boston with
second-class Petty Officer W. N. Faunt, of the same ship. On The night of
Friday, May 5, 1905 they entered the "twin yachts"at Boston May Fair and sadly
George lost his balance and was violently thrown down. It was seen that he was
seriously injured, and Dr South was summoned, and an examination showed that the
poor mans spine was fractured. He was removed next day to the hospital, where he
died. 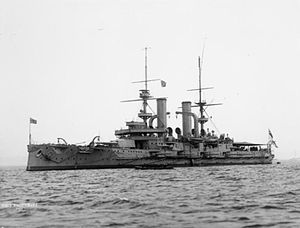 HMS Swiftsure, the ship that George Gould was on leave from.

Evidence of identification was given by William Faunt, Joiner, of 14 Muster Roll
Lane, Boston, with whom the deceased stayed. The coroner adjourned the inquest
for a week for the attendance of other witnesses.
After being sworn, the Jury proceeded to the hospital, where they viewed the
body in the mortuary. On their return the coroner briefly narrated the
circumstances of the unfortunate man's death. William Faunt, Joiner, identified
the body just viewed as that of the deceased George Gould, whom he saw alive on
May 5th. 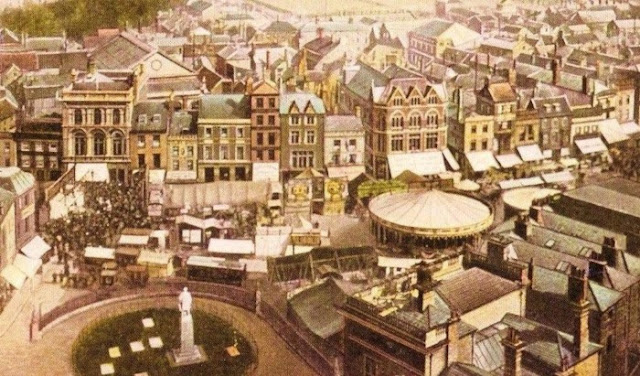 The funeral took place at Boston cemetery. The coffin was covered with the Union
Jack and conveyed on a gun carriage and large crowds assembled to see the
procession. The coffin was carried from the cemetery gates to the church, and
then to the grave, by four coastguards. Also present were two seaman belonging
to HMS  Pembroke, and a party of 15 coastguards and Naval Reserve men under the
command of Lieutenant R. Taylor.
When the coffin had been lowered into the grave, three volleys were fired over
it by the Coastguards and Naval Reserves.