Down among the dead men.

There are many people in Boston who are unaware that there was ever a church called St Aiden's Chapel of Ease down high-street, let alone that it had a crypt. 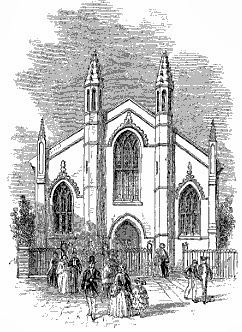 The Chapel of Ease. High Street.

Thanks to the courtesy of the Rev F H Duggins, M.A. in 1912, a "Boston Guardian" representative was allowed to inspect it and also to take photographs of one or two of the more interesting items.
The crypt extended right under the main floor of the church, and consisted essentially of three main galleries with side vaults. The method of disposal of the bodies was to place them on shelves in receptacles which for all the world closely resembled ovens. The shelves were in tiers of three, and were sealed with stone slabs bearing the name, age, and date of death of the occupant. The bodies interred in the crypt numbered 61, and there was room for more than double that number but those vacancies were never filled, for by Act of Parliament such burials were forbidden by 1912. One thing noted was the purity of the air and the entire absence of any smell which is usually associated with dead bodies and unless you knew to the contrary, you would never have suspected the presence of so many bodies in such a confined area. 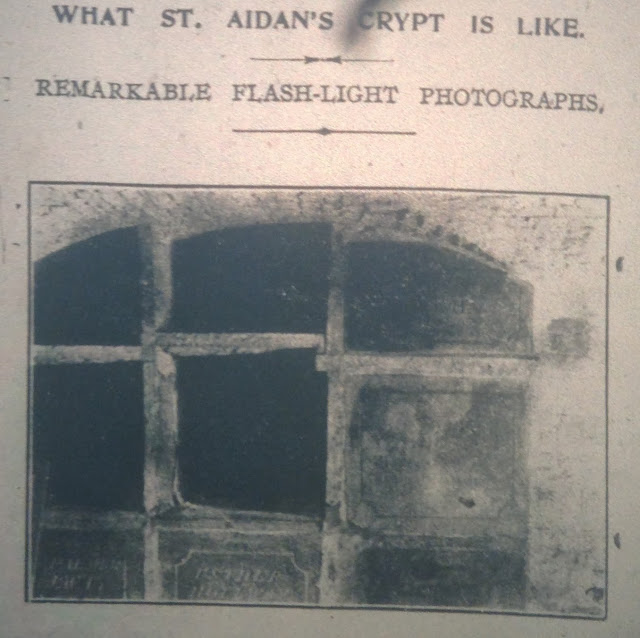 The royal assent to the Act of Parliament, by whose authority the church was erected, was given on May 19th, 1819. The first internment in the crypt was in 1822, when, as a slab testifies, "George Bryon, Boston, died August 1st, 1822, aged 72 years."
From the first to the last. The final internment, according to the register, was that of "Arabella Porter, Boston, died April 20th, 1844, aged 56 years." Some of the names to be found in the register were Jeptha Pacey, Ogle (a vicar of Boston), Meaburn Staniland, Holloway, Yeatman, Brelsford, Claypon, John Robert Rogers and Collis.
The roof of the crypt had fine vaulting brickwork, and was about 6 feet from the floor. The side vaults were, with one or two exceptions, empty, and had never been used for their original purpose.
The wood of the coffins was quite rough and plain, and had obviously never received any of the elaborate attention bestowed on modern day coffins. It may seem strange that the coffin should be exposed to view as in the picture, but it is really due to the door of the vault having broken away from its fastenings. Normally the vault was entirely closed.
The difficulty of taking photographs in such dark and eerie surroundings, especially in 1912, should be appreciated when you learn that the only focusing light was that afforded by one candle, and that owing to the lowness of the roof the flashlight could not be placed at any height. Neither could the photographer choose his distance, the narrow passage preventing him. It was thought that these were the first photographs ever taken in the crypt, and it was hoped they would prove of some little educative value in illustrating an obsolete system of burial.

Below, note the different spelling on the plaque to the newspaper cutting, which one is correct? 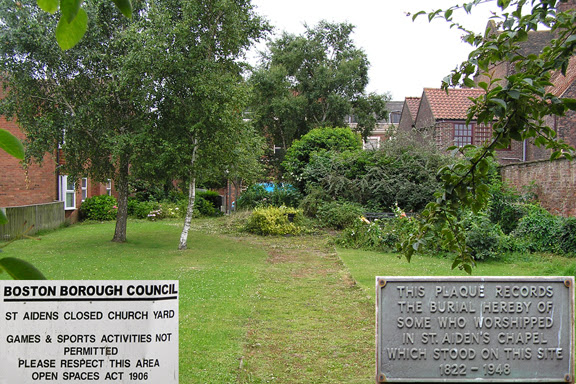