You don't know you're born.

Mrs. Fanny West was 95 years old when she died in 1910, before her death she was a fine old lady with a retentive memory and a cheery smile and very active and nimble for her age. She had been "the oldest guest" at the gathering held in Shodfriars Hall on January 1st. 1909 in celebration of the Old Age Pensions Act, when about 400 of the residents of Boston, who had passed the age of three score years and ten, were entertained at a tea and concert promoted by the Boston Liberal Association. 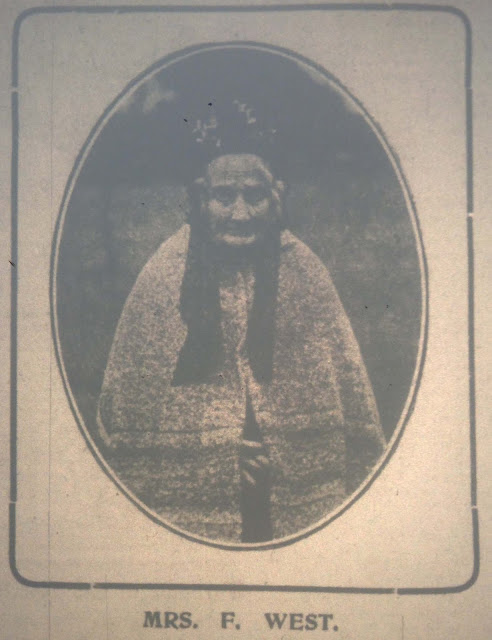 Mrs. West was born in June 1816, and in an interview two years before her death stated that she remembered the last election when voting took place in the Parish Church. Excitement was so intense that the electors tore off the green baise coverings from the pews in the church to make banners and flags.
She remembered she was cleaning the doorstep when the horsemen riding past announced the death of King William IV, and was present at the feast provided in a booth in Pump Square to celebrate the coronation of Queen Victoria.
Mrs. West had been a widow for fifty four years and when her husband died she was left with four children under seven years of age, the youngest being ten months, and no parish relief. The oldest boy, 9 years old, worked seven days a week for sixpence a day. The next, a mere boy of 8 years, worked for fourpence a day, Sundays included. Tea was a rare delicacy in those days, and more often was made by pouring boiling water over toasted bread and calling it tea because it looked brown. The eldest girl went out to service at 12 years of age for £1 per year, and Mrs. West toiled for the little ones, washing at one shilling a day, taking in sewing and gleaning in the harvest time corn getting enough to keep a pig in a stye. The humble pig in the olden days seems often to have been the saviour of the family.
Posted by Billy at 12:48 am