A picture of the newly built almshouses from the Boston Guardian, May 1909.

Twelve almshouses were erected on Freiston Road in May 1909. These almshouses were due to the generosity of Miss Harriet Horton, of Main Ridge, Boston, who died about four years previously. Miss Horton, who was the daughter of Mr W Horton, at one time in business in Pen Street as a butcher, by her will directed that her property should be sold, and that, after the payment of certain legacies, the residue should be applied in the erection of almshouses on a piece of land on the Freiston Road, which she had previously conveyed to trustees for that purpose.


Mr J Rowell was the architect, and the houses were erected by Mr John Lucas, of West Street. 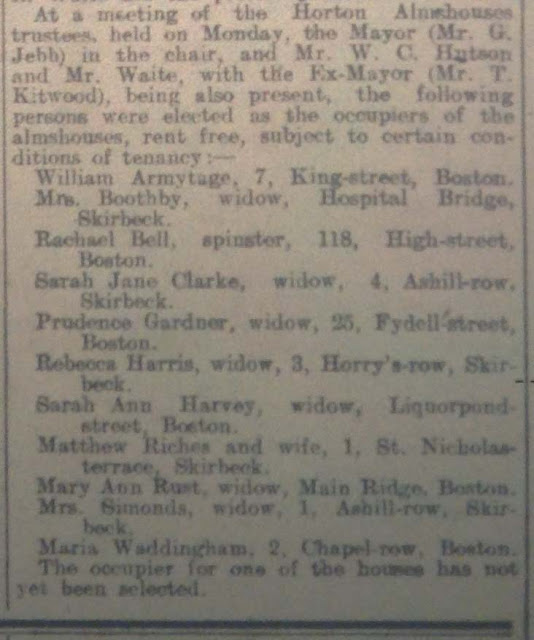