Right Thompson was born at Woodhall Spa in November 1842 and moved to Boston in 1852. Speaking in 1909, these are his memories of the smuggling riot of 1859. As one of the crowd he had a vivid recollection of the riot. 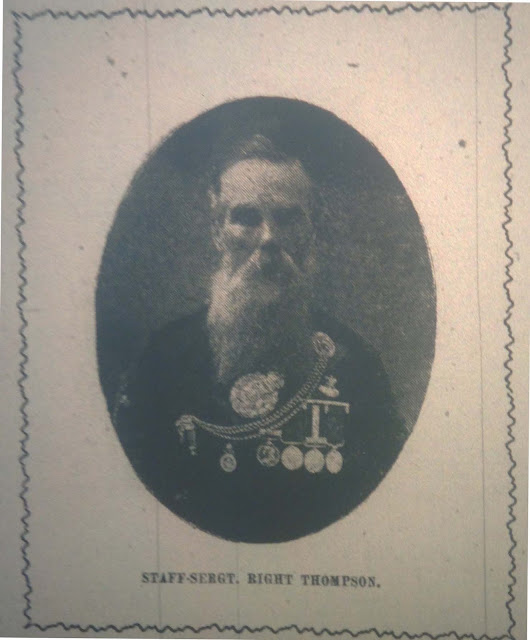 Smuggling on Benington Main and other places in the Wash had been prevalent for some time, and it was generally believed that the contraband goods were received by Mr. Smyth, who had a grocery business in the Market Place and a tobacco factory in Silver Street, on the site later occupied by the Mason's Arms pub. On one occasion, when a number of sailors brought some smuggled tobacco for sale to Mr. Smyth, he sent for the Customs officers and the police, and the men were arrested on his premises with the contraband goods in their possession. Him deciding to turn informer so incensed the populace that they set about to voice their general disapproval.
Some barrels of beer were taken into the Market Place and the heads of the barrels having been knocked in were left to the crowd to help themselves. The next part of the programme was a vigorous attack on Mr. Smyth's shop in the Market Place, where the shutters were being rapidly put up under difficulties. Someone then suggested paying a visit to Broadfield House, which was the private residence of Mr. Smyth.
Mr. John Leafe, baker, of George Street, hearing the approach of the mob, went and gave warning, and the occupants moved to places of safety. The mob proceeded to break all the windows and practically demolished the conservatory. They then went with much shouting and booing down Spilsby Road to a new house then being erected by Mr. Smyth, and tearing up the scaffold poles they broke the windows and doors and did all the damage they could. So far as Mr. Thompson remembered no one was "run in" for these actions, the police having a sort of "instinct" that it would be advisable not to interfere.
Posted by Billy at 6:07 am