I couldn't  let July 2013 go by without mentioning that the present Town Bridge was opened in July 1913, exactly 100 years ago.
It replaced Rennie's cast-iron bridge of almost a century earlier and between the times when the old bridge was demolished and the new one was built a temporary footbridge was erected. The pictures below tell the story.


Above: The old Town Bridge.

Below: The S.S. Privateer pulling down the old bridge. 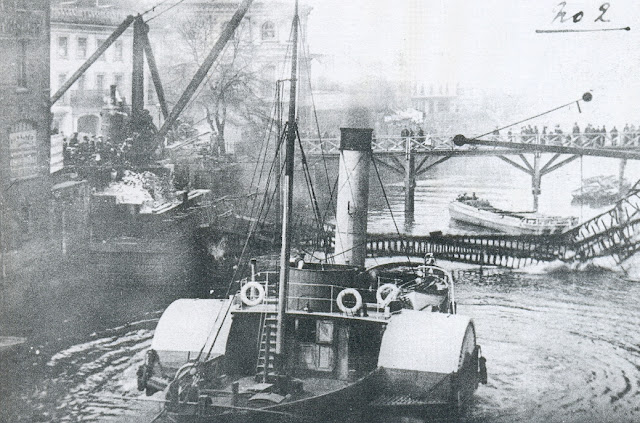 Below: Five views of the construction of the present bridge. 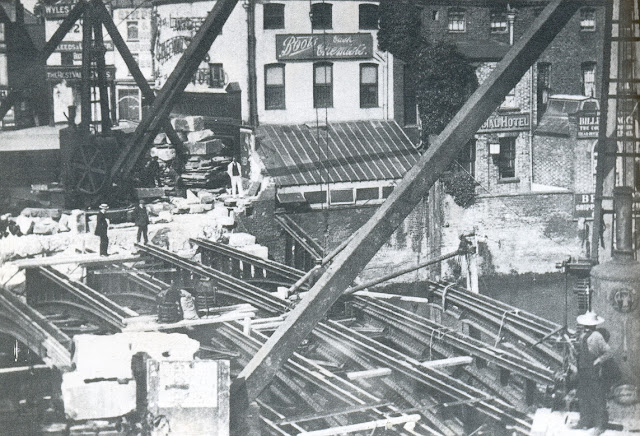 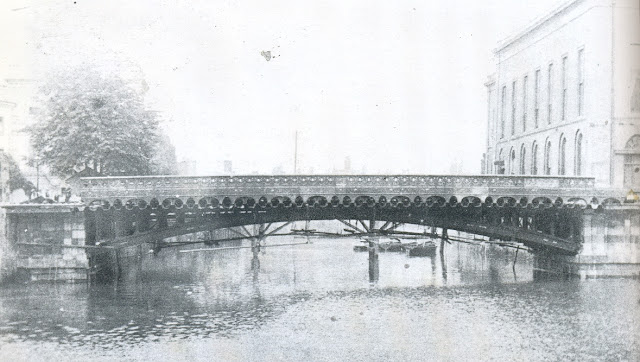 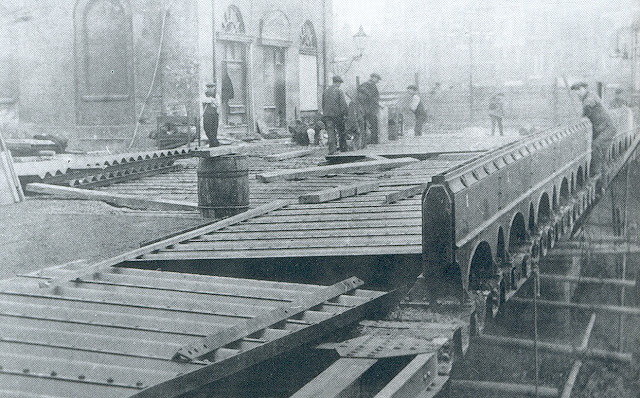 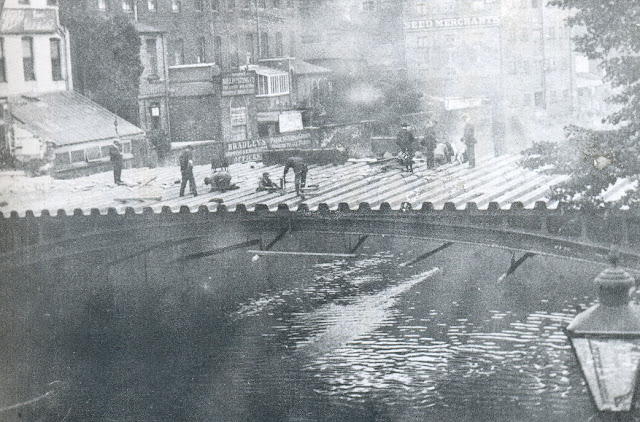 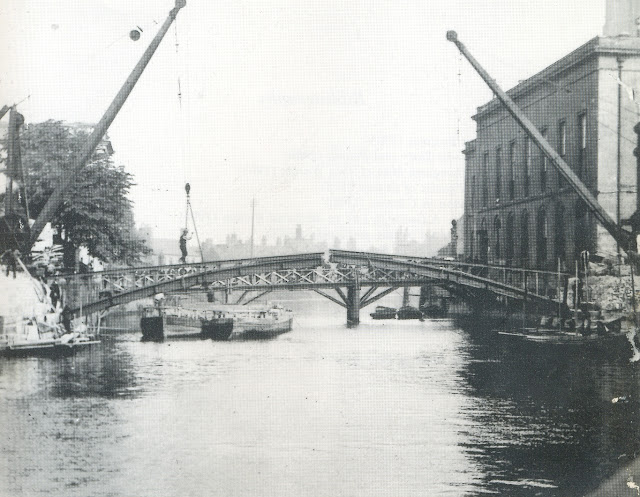 And finally the official opening in 1913. 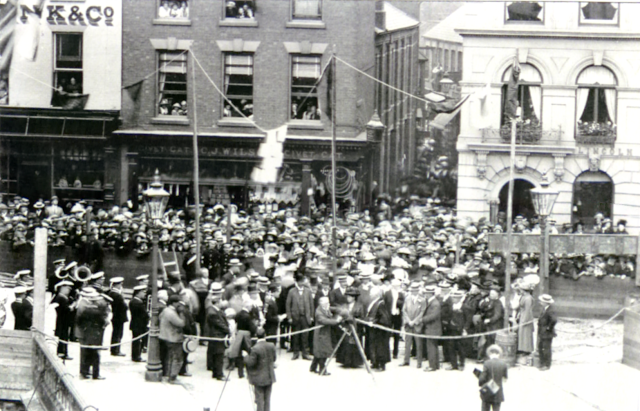