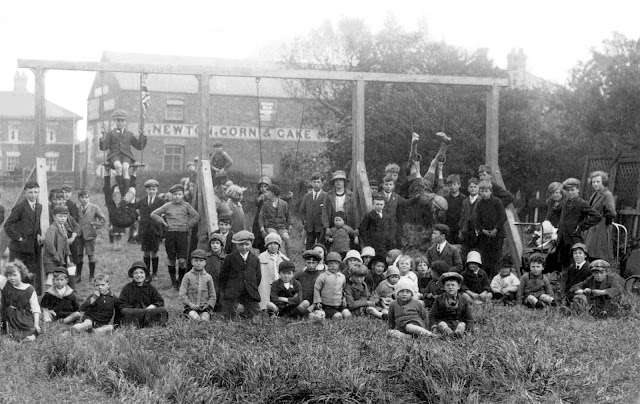 http://www.flickr.com/photos/aearchive/8029370279/
This photograph is believed to have been taken in about August 1926, possibly at the opening of the playing field, which was situated next to the Black Sluice Bridge on London Road, Boston. Children from St. Thomas’ School and the surrounding area enjoyed the play area for many years until it was closed.
In the front row - Phyllis Charlton, Frank and Eva Chapman, Cyril Handley, Ron Diggins, Charles Atkinson, Terry Corrigan, Eric Stray, Ralph Broadley, Ruby Parker, Peggy Kemp, Ray Popple, (?) Clayton, (?) Barwick, Doris Bagley, Doreen Wain (baby in pram) and Elsie Patchett.
Others on the photograph are Gertie Bourne, Ethel Hunt, Barbara and Doug Baxter, Maurice East, Ralph Buff, Dick Hammond (on rings) and Jack Fletcher. 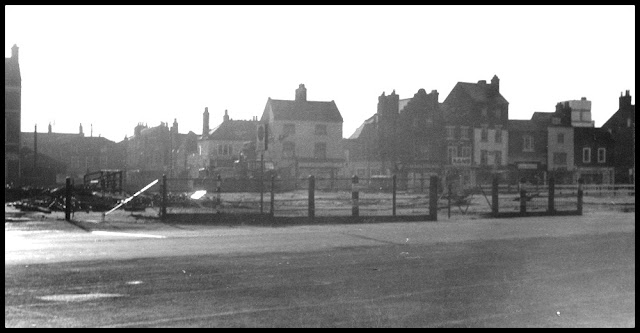 The demolition of the cattle pens in Wide Bargate about 1974. 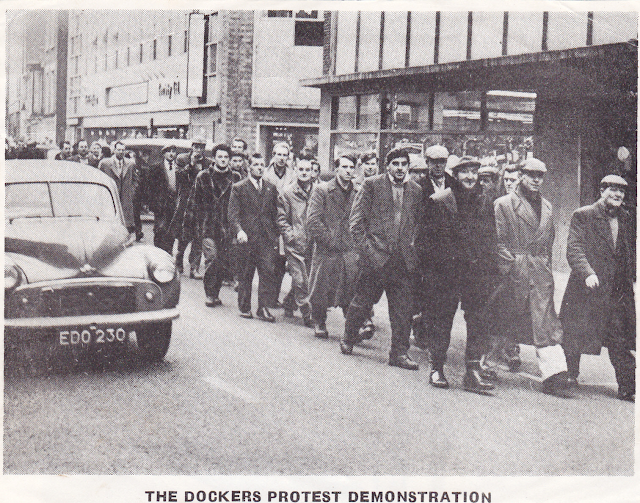 Undated photo of marching dockers taken outside what looks like the Co-op Stores in West Street. An unknown bus driver and conductress taken outside the Post Office in Wide Bargate. 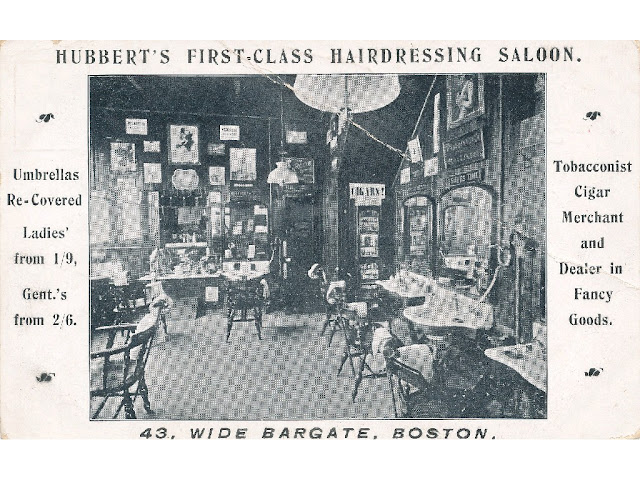 An advert for Hubbert's Hairdressing Saloon. 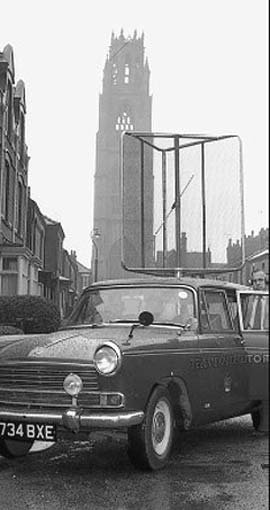 An undated photo of an old T.V. detector van down Tower Street. 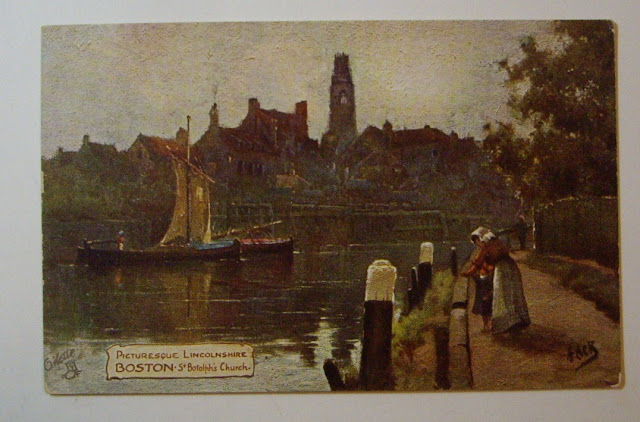 The Stump and the river.
Posted by Billy at 5:01 pm